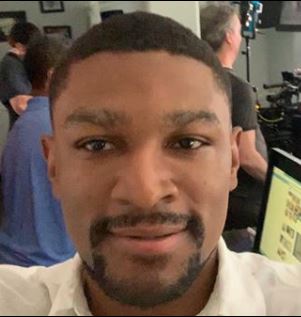 Having four sets of multiples back to back, Deon Derrico appeared as the father to 14 kids in TLC’s reality show Doubling Down with the Derricos. Talking about being lucky, Deon admits he and his wife Karen are blessed to have such an adventurous journey. He shared,

Divulge into the world of Deon Derrico as you tag along with this wiki-style article. Moreover, get to know his age, job, and net worth as the article proceeds.

Deon Derrico was 49 years of age in 2020. Also, he celebrates his birthday every September 16 and is of Virgo zodiac.

For education, Deon attended Detroit public schools, including the famous Cooley High School. Reportedly, he studied drama all through school. Soon after, he landed a lead in Not Another gospel play.

Deon grew up in Detroit, Michigan alongside his sibling. He has a big brother named Chris with whom he was on good terms until 2018.

Coming from a large family, Deon seemed closer to his “sonfew” (Son/Nephew) Eric Jefferson. Even though Eric was his nephew, he was no less than a son to Deon. Furthermore, Eric and his wife Mami Fefe were always around to lend the family a helping hand.

As for his parents, Deon Derrico was born to father (Eddie Derrico) and mother (Marian Derrico). His father was the owner of a construction company and his mother owned a hair salon. Unfortunately, his parents divorced when he was 13 years of age.

Apart from this, Deon’s grandmother (mom’s mother) played a major role in raising him. Also, his grandfather (dad’s father) Popa Derrico lived to be 108 years of age and very healthy.

As of June 2021, Deon had 46K followers over his Instagram @deonderrico and 1.6K followers on his twitter @DEONDERRICO.

Deon Derrico was married to his wife Karen Carter-Derrico for over 15 years. Reportedly, they united in 2002. Also, Karen operated the Las Vegas daycare center named for their daughter Darian. 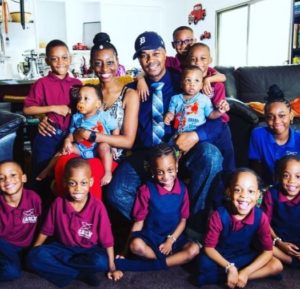 Deon Derrico with his wife Karen Carter and their kids (Source: Deon’s Instagram)

As for their kids, the duo is blessed with — first two children, twins, quintuplets, and then the second set of twins. And in mid-2020, they announced their pregnancy with triplets! Making their biological kids be 14 in the count.

In 2019, the Derrico’s family monthly grocery/eating out bill reportedly amounted to $3,500. And that was excluding clothing, utilities, or recreation for 14 kids. So, how does Deon earn enough for his family while his wife is busy caring for their children?

Talking about his job, he first became a hairstylist and owned a salon and operated other small businesses to support his acting career.

Later, Deon lived in Hollywood, California where he began to establish his career. After landing his first film there, he established Deon Derrico Entertainment, Inc. The talent agency offered acting classes as well as the production of film and television programming.

Apart from his paycheck from Doubling Down With the Derricos, Deon was a real estate investor. Furthermore, he had multiple real estate fraud charges pressed against him which were cleared after he won the five-year-long legal battle in 2018.

If you are a fan of TLC’s reality show Doubling Down with the Derricos then you probably might have...

If you are a parent then we need not tell you the struggle of raising a kid and even harder with a couple of...