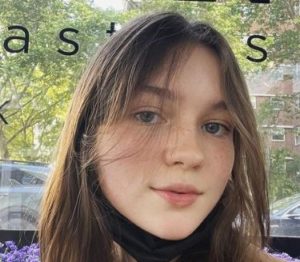 HBO Max provided its fans with back to back good news in July 2021. After announcing the revival of Sex and the City titled “And Just Like That…”, it also went on to confirm that the child actor, Alexa Swinton joined the show as well.

So, what was her role? Keep reading this Alexa Swinton Wikipedia to learn all about it, and follow it up with details about her personal life.

On And Just Like That…, Alexa Swinton portrayed the role of “Rose Goldenblatt”, the daughter Charlotte York Goldenblatt (Kristin Davis), and her husband Harry (Evan Handler).

The last we saw her, she was photographed shooting the show alongside her on-screen parents in New York City.

Alexa Swinton was 12 years when she first appeared on And Just Like That… in 2021.

She celebrates her birthday on July 2 and is of the Cancer zodiac.

Alexa Swinton was born to her parents, Rolfe and Inna Swinton.

Her father, Rolfe is an entrepreneur in technology, data, media, and entertainment startups. He has a Bachelor’s degree in architecture, M. Phil in economics and architecture, and a Master’s in Finance, Entrepreneurship, and Innovation. Talking about his job adventures, Rolfe has been the co-founder of ShopConnent, RealityMine, Aslan Global, Match Grils Production, and the CEO of Chute Gerdeman.

Aside from being an actress, Alexa’s mother has also worked as a director for Crow’s Nest Ventures, and RUSBAN. Also, she was the co-founder of her husband’s company Match Grils Production

Furthermore, Inna also has a J.D. degree from New York University School of Law and has worked as a law clerk for Judge Charles Sifton, Federal Court EDNY for over a year.

Her father, Rolfe is a Canadian who was the 36th head of the Swinton clan. While her mother Inna was born a Russian Jewish who immigrated to New Jersey, USA while she was little.

Reportedly, Alexa’s family was one of the oldest in Scotland.

Trivia: Alexa’s father is a distant cousin of Tilda Swinton.

Alexa Swinton wasn’t the only talented child. She has two siblings, namely Ava and Maxim Swinton, who both are also performers.

While Alexa’s 2-year-older sister Ava didn’t seem to be much in action over the entertainment industry. The last we saw her was on the short video You, Me and My Purple Docs and The Early Night Show with Joshua Turchin in 2020.

Overall, the Swinton siblings seemed close to each other. They had a lot of pictures of them traveling around the world with their parents and having fun. Indeed, they lived a life to be envied. 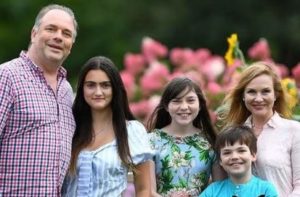 Alexa Swinton with her parents and siblings (Source: Instagram)

Her TikTok @itsalexaswinton entertained 473 followers. Most of her videos then featured herself alongside her sister Ava, dancing to trendy tunes.

Also, if you don’t know Alexa’s family shared a Youtube channel named “The Swinton Show.” However, it wasn’t a show, rather the compilation of the kids’ performances and interviews.

Alexa Swinton garnered a net worth of under $600 thousand by 2021. As of then, she was represented by 3 Artists Agency,  Edge Entertainment Management and Lichter, Grossman, Nichols, Adler, and Feldman & Clark.

A born actress, Alexa first began her professional acting career performing at age 3 in Matthew Barney’s River of Fundament. She then made her TV debut in Flesh and Bone (2015), starring as young Claire. Since then, Alexa has been credited to over 20 movies and TV shows including Billions (2021). Emergence (2020), Manifest (2019), and many more

In light of her education, Alexa started middle school in 2019.  Also, she was writing a book with her mother then.

One Reply to “Alexa Swinton Wikipedia: Parents, Siblings, Net Worth”