Home EntertainmentChynna Rogers Wiki, Cause Of Death, Boyfriend, Net Worth

Chynna Rogers Wiki, Cause Of Death, Boyfriend, Net Worth 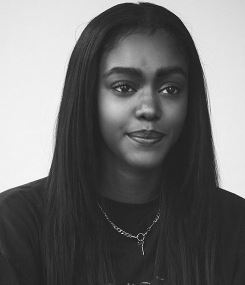 On 8th April 2020, Chynna Rogers passed away in an untimely manner. She was 25 years of age. The death of the A$AP Mob member shook the Hip-Hop community. Fans of the rapper/model mourned her while the rest became interested in her wiki details.

Tag along and find out Chynna’s cause of death and net worth. Moreover, get acquainted with the musician’s height, boyfriend and family background.

Speaking to E! News, Chynna Rogers’ family expressed sorrow. An excerpt of the statement read, “Chynna was deeply loved and will be sorely missed.” Sadly, the source — at the time — refrained from sharing the rapper’s cause of death.

However, it didn’t stop many from assuming that Chynna may have died of a drug overdose. Reportedly, her cousin confirmed the tragic news.

Back in 2016, Chynna opened about her opiate addiction. Admittedly, she began indulging in drugs as a coping mechanism. Chynna eventually entered rehab and became sober. 3 months into her sobriety journey, she dropped her album titled “Ninety.”

A year after exiting rehab, Chynna’s mom Wendy Payne died at the age of 51 in 2017. The loss, however, didn’t push her back to drugs. She explained,

“My mom would be really tight with me if I used her as excuse to fall off… It’s just more reason to work and get all this s**t done.”

Besides her blood family, Chynna shared a relationship with John Miller — who also doubled as her manager. More importantly, John managed her and the first person to break the news of her death.

Although Chynna found success working in Bushwick, Brooklyn, she loved her hometown of Philly the most. Interestingly, she died there.

At the age of 14, Chynna Rogers was discovered at a Jackson, New Jersey-based amusement park by Ford Models. Eventually, she would sign with the agency and commenced her modeling career.

For the next 6 years, she spent her time between Philadelphia and Manhattan. As a model, Chynna walked runways, performed catalog work and appeared on numerous ad campaigns.

A year into her modeling career, Chynna approached A$AP Yams about being his intern. The duo would become friends after the then-A$AP Mob leader took her under his wing and began mentoring her.

From her show-biz career, Chynna reportedly owned around $250 thousand in net worth. The figure, however, lacked credence from a reliable source.

By tattooing A$AP Mob on her body, Chynna Rogers pledged her loyalty to the New York-based rap collective. After A$AP Yams’ death, she inked her name as well. Furthermore, Chynna owned several tattoos that tied back to her Buddhist faith.

As of 9th April, some 79.1k people followed Chynna Rogers on her Instagram. At the same time, she flexed 27.7k followers on Twitter. Meanwhile, 2.1k fans followed her Facebook profile.

At one point in her life, Chynna Rogers was dating fellow A$AP Mob affiliate Da$h. As a couple and collaborators, she and her boyfriend — at the time — worked on several songs including a 2016 single titled “Highway 66.”

To those in the dark: Da$h is the nephew of controversial Hip-Hop mogul Dame Dash and one of A$AP Rocky’s closest friends.

Read Another: Robert Forster Cause of Death, Wife, Net Worth, Children

0 Replies to “Chynna Rogers Wiki, Cause Of Death, Boyfriend, Net Worth”