Home EntertainmentAlexis Eddy Wiki: Husband, Family, Are You The One 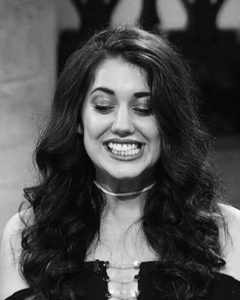 Fan of MTV series Are You The One? woke up to the sad news of the untimely demise of Alexis Eddy on 9th January 2020.

TMZ reported the Law enforcement got the call on Thursday morning of her passing away. She had a cardiac arrest which had her losing life at the age of 23.

Though the primary investigation initially shed some light on her cause of death authorities waited for the toxicology report to get a conclusive result.

Alexis was quite private when it comes to disclosing facts about her family. She posted pictures of her parents on her Instagram account. Apart from that, no further pieces of information have been disclosed.

Alexis often went on her social media platform to share her difficulty maintaining sobriety. Alexis’s relatives vouched she and her father had been sober for over a year. She celebrated her sobriety 4 months before her death on Instagram.

Alexis revealed she is a cousin to a convicted murderer Sheila Eddy.

Alexis was best known for her role on the MTV series Are You The One? Her character with her backstory caused quite a stir in the house.  She joined the house in June of 2017.

Alexis also worked as a summer event co-ordinator for Harley Davidson Motor Company for 6 months in 2019. 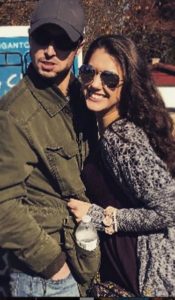 Alexis Eddy made headlines in October 2019 with her engagement to boyfriend and husband prospect Nate Lee. But the couple split in December, according to the Twitter post of Alexis.

No further details on Alexis and Nate’s dating life were ever revealed.

Are You The One? Nate Lee

Jenni Knapmiller is a nurse who took part in MTV’s reality series called Are You the One? That gave her...

0 Replies to “Alexis Eddy Wiki: Husband, Family, Are You The One”