Home EntertainmentRobert Forster Cause of Death, Wife, Net Worth, Children

Robert Forster Cause of Death, Wife, Net Worth, Children 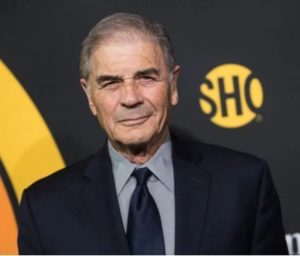 Iconic actor Robert Forster passed away at his Los Angeles home on 11th October 2019. He was 76 years of age.

Robert died on the same day as his film “El Camino: A Breaking Bad Movie” premiered.

Via a press release, Robert’s publicist Julia Buchwald broke the devastating news. She cited brain cancer as the cause of death.

The news of Robert’s death hit Hollywood hard. A host of celebrities and organizations took to social media and mourned the tragedy.

While actor Bryan Cranston labeled Robert “a lovely man” in a tweet, musician Donnie Wahlberg remembered the late actor as “one of most giving human beings.”

At the time of his death, Robert Forster was by his longtime partner Denise Grayson, four children – Elizabeth, Kate, Maeghen and Bobby –  and four grandchildren: Liam, Tess, Olivia and Jack.

Interesting – Louie Rankin Cause Of Death, Net Worth, Wife, Children

Between 1966 and 1975, Robert was married to June Provenzano. Three kids were born from their marriage. The duo had met while attending the University of Rochester.

Divorcing from his first wife, Robert tied the knot with Zivia Forster in 1978. Sadly, he and his second wife Zivia parted ways two years later.

A constant fixture in Hollywood, Robert Forster began his acting journey in the 60s as a theater actor.

Debuting with the film “Reflections in a Golden Eye,” Robert went on to star in a 100+ films. “Mulholland Dr.,” “What They Had,” “The Descendants,” “Werewolf” and “Amazing Stories” are his notable movies.

Explore – Ric Ocasek Cause Of Death, Wife, Net Worth, Children

Thanks to his acting career, Robert reportedly collected $10 million in net worth.

0 Replies to “Robert Forster Cause of Death, Wife, Net Worth, Children”