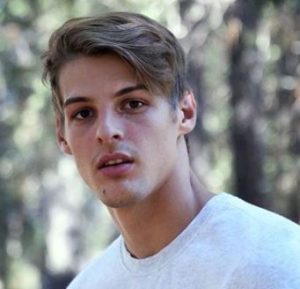 Lexi Hensler is a well known social media star and model. She frequently posts on Instagram and Youtube. Her love life was also pretty much known too. She had never tried to hide her boyfriend, Christian Wilson. Yet, few people knew about Christian.

Here, we are going to tell you about the familiar face of Christian Wilson, who you might have seen with Lexi but might not know much about.

Born in 1996, Christian Wilson celebrates his birthday on 12th April of every year. In Summer 2020, he was 24 years of age. Christian’s zodiac sign is Aries.

Christian Wilson was born to parents: Eric Wilson and Kristie Young Wilson in the United States.

While growing up, he had two siblings in the family apart from his parents: an elder brother called Jarrid and an elder sister named Kaylie. Jarrid was married to Julie Wilson and had two sons. Kaylie was married to Dylan Housewright and had two kids, a son, and a daughter.

By 2020, the Wilson family had grown huge but there was also a sad farewell. Jarrid Wilson committed suicide in 2019 and left a gaping hole in the family.

Christian Wilson is very tall, standing at a height of 6 feet 2 inches. He weighs a very modest 83 kgs or 182 lbs. He is a very muscular and very fit guy with wider cheekbones and extremely handsome face.

Having a social media star girlfriend has its perks. You become a little bit of a celebrity yourself. Christian, himself, had a huge following on various social media platforms like Instagram, Youtube.

On Instagram, Christian had 112 posts, including photos and videos, which had earned him a following of 81k [Aug 2020]. Similarly, on his Youtube channel, which he had started very recently in 2015, he has over 2k subscribers with just one video posted.

Although one can find Christian having fun in social media, he has a serious career in marketing and networking.

After graduating from Hope International University with an associate’s degree in Christian Ministry, he started his career as a Department Supervisor for Best Buy. Then he went on to work for Apple Solutions as a Consultant.

After that, Christian wanted to do something for the community. So, he started to work for Crossroads Christian Church as an executive assistant. Additionally, he also worked alongside his sister-in-law Julie Wilson for their social organization, Anthem of Hope. Anthem of Hope provides help to individuals suffering from depression and mental illness.

From his jobs, Christian Wilson cemented over $300 thousand net worth.

Now, finally, we come to the most interesting part, Christian’s dating life. It was not known who he had previously dated before Lexi Hensler came to his life. Christian first met Lexi in mid-2018. Their first date as girlfriend and boyfriend was on June 30, 2018. 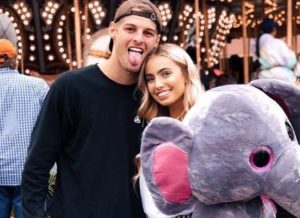 Christian Wilson and his girlfriend Lexi Hensler when they were first dating circa 2018 (PC: Christian’s IG)

According to Christian in one Instagram post celebrating their second anniversary since they started dating revealed that for their first date they went to an amusement park. Christian won Winfred the Elephant for her, and they went for rides in Ferris wheels.

That was one of the perfect beginnings of what was to become almost a perfect relationship. The adventures of the couple did not end after the first date. The social media of both Lexi and Christian are evidence of their weird and romantic adventures.

A different form of adventure was the COVID19 lockdown in 2020. Christian was locked inside a quarantine with his girlfriend. But even such a dire situation, they were able to make fun and love for each other. 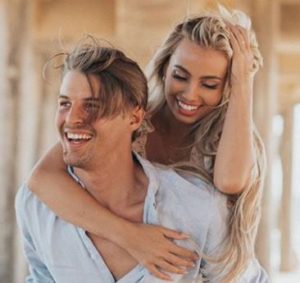 Christian Wilson and his girlfriend of two years Lexi Hensler are still close as magnets circa 2020 (PC: Christian’s IG)

The most recent of their adventure was a dinner date they had on a moving truck. The date was uploaded on Christian’s new Youtube channel. The video of the date was weird and funny for the audience and very romantic and fun for the couple.

It seemed as if Christian and Lexi were made for each other and they were never going to separate.