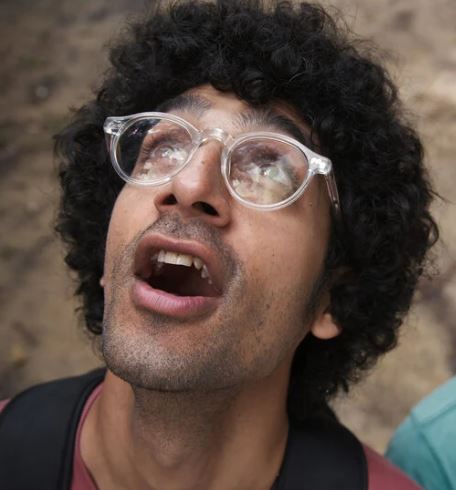 Meet Latif Nasser, Netflix’s Connected host, taking us on a ride to the surprising and intricate ways in which we are connected — to each other, the world, and the universe. While this might look simple at first glance, we can tell you that its overloading information could get you easily lost in its cobweb.

The science journalist, Latif is gifted with a talent for story-telling and research. His way to explain the subtleties and making the subject intriguing is second to none.

Also, you may know Latif from his award-winning radio show, WNYC’s Radiolab. In 2017, he hosted a Radiolab project The Other Latif, where he talked about American values and his Moroccan namesake who happens to be Detainee 244 at Guantanamo Bay.

Divulge into the world of Latif Nasser as we take you through this short wiki article of him. Moreover, learn about his age, nationality, and net worth as the article proceeds.

Born In 1986, Latif Nasser was 34 years of age in August 2020. He celebrated his birthday every July 21th and that makes him of Cancer zodiac.

Reportedly, for his 30th birthday, Latif and his wife visited “The Academy of Magical Arts“. And as he returned he tweeted with of picture of them, “I’m like a seven-year-old. I get a magician at my birthday party.”

Latif Nasser hails from Mississauga where he grew up with his sibling, Farah Nasser. His big sister Farah is an award-winning journalist and news anchor and has worked with CP24, City News, and News Talk1010.

As for his Nationality, Latif held Canadian citizenship. Also, Latif’s family was originally from Tanzania, and being a Muslim, he practiced Islam.

Furthermore, Latif’s mother, Tazim described that his first name means “laughter and hope and making a difference in the world.”

Here’s a picture of his parents and his sister when Latif was just a child. 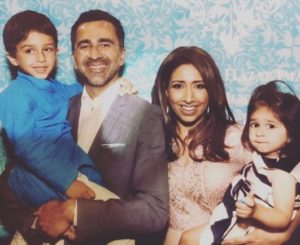 The family of 4 was on good terms with each other as of 2020. Also, Latif occasionally talked about his parents over Radiolab’s The Other Latif podcast.

Talking about his distinct features, in 2020, the first thing that captured the audience’s attention was Latif’s dark afro hair. Also, he has brown eyes and a beautiful smile.

Latif is a brilliant scholar who regularly contributed to publications like The Boston Globe, The Atlantic, and The New Yorker. As for his education, he flaunts a degree from Dartmouth College and a Ph.D. from Harvard University’s History of Science department.

Also, Latif has given two TED talks titled “The amazing story of the man who gave us modern pain relief” in 2015 and “You have no idea where camels really come from” in 2016.

Appearing in Connected wasn’t the first time for Latif on a Netflix docuseries. Previously, he was the narrator for Rotten (2018-2019) too. However, this was the first time in his career that Latif appeared on camera.

Now, if you are wondering if Latif Nasser was married then yes! Latif had a wife named Carly Mensch who is a playwright, television writer, and producer. She was a former scholar at Dartmouth College as well and is an Emmy-nominee for her work on Netflix’s GLOW.

Moreover, Latif and Carly share a son named Fivel who was two-and-a-half-year-old in 2020. As for his kid’s uncommon name, the duo explained Fivel meant ‘bright one’ in English.

On August 2, 2020, Latif commented on a fan’s post announcing that their second kid was on the way. He wrote,

“My wife is also about to have a baby in two days. It’s been a crazy year.”