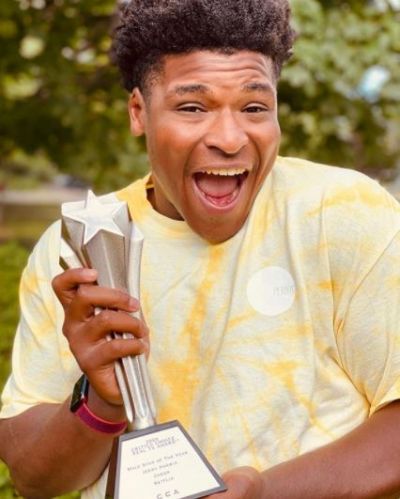 The six-part series that premiered in January of 2020 followed the nationally ranked 40-member Navarro College Bulldogs Cheer Team from Corsicana, Texas. Under the direction of coach Monica Aldama, the team prepared to compete in the National Cheerleading Championship held every year in Daytona Beach, Florida.

Here, in the writing below, know everything you need to about young aspiring talent Jerry who managed to win millions of hearts for his positive attitude and eccentric personality.

And, because he grew up celebrating his birthday every year on the 14th of July, his zodiac sign is Cancer.

Jerry Harris was born in Hinsdale and raised in Bolingbrook, Illinois. By the time he was sixteen (in 2016), he lost his mother, Lizzie Bowman, to lung cancer.

On Netflix’s gripping docuseries, Jerry was open about the struggles he faced after losing his mother. However, his positive attitude and hard work ethic, despite the hard times, made him a fan-favorite. To the extent that a group named “Cheer moms for Jerry” was found to help raise funds for Jerry. The GoFundMe campaign, then set, had raised $59,000 until some point in 2020’s February.

Not to mention, he does not have a good relationship with his father.

What Is Jerry Harris Doing Now?

When the COVID-19 pandemic hit, Jerry moved back to Chicago and began living with his family. Making most of the available time, Jerry began hosting social media series Wanna Talk About It — a platform centered around mental health.

In August of 2020, Jerry partnered with Walmart. His every getting bigger fandoms can access his favorite finds from Walmart, everything from simpler picks like a unique alarm clock to a cell phone sanitizer to something more expensive like Ninja Professional Blender or Wireless On-Ear Headphones.

Also that very month, Jerry landed a partnership venture with Cheerios. As part of the agreement, Cheerios donated $1.3 million to the non-profit No Kid Hungry. Speaking about the importance of the donation, Jerry shared he faced food insecurity growing up.

In mid-September 2020, Assistant U.S. Attorney Joseph Fitzpatrick announced Jerry had been arrested on the child pronography production charge. Per the court documents, Jerry “an underage boy to produce sexually explicit videos and photos of himself.”

Several weeks before the arrest, two vicitims came forward alleging Jerry of child sexual exploitation and abuse. Via a spokesperson, the “Cheer” denied the claims.

How Tall Is Jerry Harris?

Jerry Harris stands at a height of 5 feet and 10 inches. Also, last reported, he weighed 89 kg.

Jerry’s “Matt Talk” defined his personality. In turn, it made him a fan favorite. Even Gabrielle Union, who surprised her with an unannounced drop-in video call, raved about his positive reinforcements. At the time, the minor was reportedly 13.

Jerry Harris pulled together more than 1.2 million followers on Instagram (until 11th August 2020).

Further on Facebook, a community Cheer moms for Jerry had been set up, dedicated to emotional and financial support for Jerry.

Further, he did not seem to have activities on Twitter but had significantly well on TikTok.

Three years before February of 2020, Jerry Harris was a student at Waubonsie Valley High School in suburban Aurora. He was a stand-out scholar there.

Last reported, he planned to graduate from his Texas-based community college in 2020’s May. He then said that he would like to finish his education at a four-year university.

The final episode of Cheer saw Harris receive a Regional Scholars Award from the University of Louisville. Cheer indeed transformed his life in a big way. More opportunities as such awaited him. 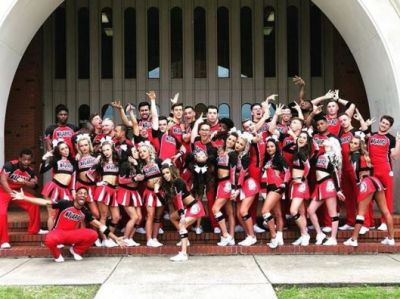 For now, the showbiz noob had a range of ‘BeAJerry’ merch on sale on the online store: esixsportswear.com. Also, he signed endorsement deals with Schmidt’s deodorant, American Eagle, and Panera Bread.

Jerry Harris, who appeared as the red carpet correspondent for The Ellen Show at the Oscars, reportedly had $400 thousand net worth.

What’s more, Jerry launched a profile on the paid shoutout service Cameo to further his fortune.

Until the summer of 2020, Jerry Harris — the larger-than-life cheerleader — appeared to be single. Some point around, a rep for Jerry had declined to comment on his dating status and potential partner.

While amid June 2020, in an interview with Variety, Harris discussed becoming a “Black gay icon” and how he aspired to be a role model for young kids who might be struggling with their sexuality.

Several other media outlets described Jerry as openly gay/ openly queer. Cheer is said to have highlighted the obstacles Jerry and his best friend, LaDarius Marshall, faced when coming out to their respective peers and family.

While many suggested LaDarius to be Jerry’s romantic partner, those who knew them insisted they were friends and nothing more.