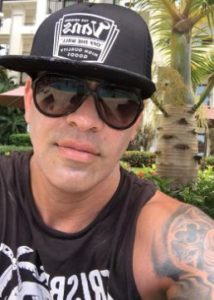 Chris Larangeira went from a regular guy to an international sensation after his romance with reality star Angelica Pivarnick became public knowledge.

Get familiar with Chris’ wiki details including his job title, ethnicity, net worth, and height. Moreover, discover his family background, married life, and relationship with girlfriend-turned-wife Angelica!

Here’s everything you need to know about Chris and Angelica’s relationship.

In July 2021, US Weekly reported that Angelica had filed for divorced from Chris in January that year. The publication, however, wasn’t sure whether Chris has been served with the divorce papers. At the time, the pair’s relationship remained a tightly held secret.

As seen on the 2021 season of “Jersey Shore: Family Vacation,” Angelica confined that Chris’s marital bickering had impacted their sex life. She, however, insisted they were working in their relationship. 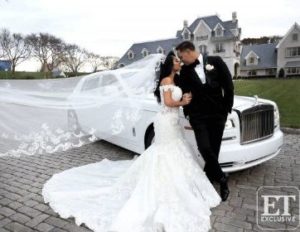 The wedding news arrived a little under two years after Chris Larangeira and Angelica Pivarnick got engaged.

Before Chris, Angelica was engaged to Louie Gero and David Kovacs. With the latter, the former “Jersey Shore” star faced a pregnancy scare.

Long before they commenced dating, Chris and his now-wife Angelica were best friends. As their relationship took a romantic turn, he made his childhood friend into a girlfriend. In November 2019, detailing their romance, the Jersey Shore star told PEOPLE:

“I had known Chris for 14 years and he says the reason he never hit on me was because I always had a boyfriend. We both worked in the mall when we were younger, and he says he used to see me walk past with a different boyfriend every week. He asked me to come to this pool party and I went. We started hanging out from there and we’ve been together ever since.”

Per Mylife.com, Chris and his family identify as Christians. Political affiliation-wise, the Larangerias are registered Republicans.

Chris isn’t his biological parents’ only child. Reportedly, he is siblings with a brother named David Larangeria who welcomed a daughter Quinn Brennan in Oct. 2019.

Chris Larangeira is big into fitness. Thanks to his soldier-like regiment in the gym, he flaunts a chiseled physique. Regarding height, Chris stands six feet and three inches (190.5 cm) tall. Meanwhile, he maintained around 85 kg in weight.

A self-made Instagram star, Chris owned around 112k followers on the social media platform (as of July 2021). On the photo-sharing app, he shared pictures of his loved ones.

When not in the gym, Chris keeps himself occupied with his day job. Online reports suggest his occupation as that of a sanitation worker.

Holding a modest job in the sanitation field, Chris makes a desirable salary which adds to his ever-so-growing fortune. Furthermore, he flexes a net worth of around $300 thousand.

Back when they were still an engaged duo, Angelica Pivarnick had a lot to say about Chris’s work. She told PEOPLE,

“He is older. And he’s a sanitation worker, which is hysterical, because you know how I love garbage bags. It’s hysterical that I’m going to marry a garbage man. And he’s so cute… “