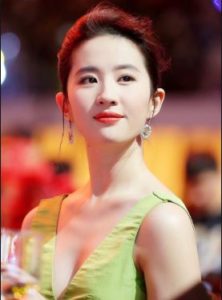 Liu Yifei aka Fairy Sister is a Chinese-American actress, model, and singer. With her profound talent and rising prominence, she was honored as one of the four Dan actresses of China.

If you are a fan of Chinese films then you might know her from the movies like The Return of the Condor Heroes, Chinese Paladin, The Forbidden Kingdom, and Love in Disguise.

Beating 1,000 contenders for the role of Mulan, Yifei again proved that she was the best. Her incredible martial art skills, Asian ethnicity, and her elating personality were just perfect for the character.

Disney fans all over the world were excited to see Liu Yifei as the real-life Mulan.

Unfortunately, the movie Mulan‘s release date was quite postponed due to the fear of the Coronavirus and the controversy Liu Yifei had ignited.

Learn more about Yifei’s bio and as to why #BoycottMulan started as the article unveils.

Liu Yifei goes by her English name Crystal Lui. She was born on Aug 25, 1987, in Wuhan, the capital of Hubei province, China. Her parents had named her A Feng at her birth.

Yifei’s mother Liu Xiaoli was a stage performer and her father An Shaokang was a secretary in the Chinese embassy in France and a professor.

Unfortunately, Yifei’s parents separated when she was 10 years old and her mother raised her all by herself. Yifei and her mom moved to the US after, where they lived for four years and again returned to China in 2002.

She was already modeling by the age of 8. In further pursuit of her career, 15-year-old Yifei enrolled in the Performance Institute of Beijing Film Academy and graduated in 2006.

On March 12, 2020, Liu Yifei appeared in her stunning black gown for the last premiere of Disney’s adaptation movie Mulan in London.

In an interview for the Interview Magazine, when asked about the challenges of playing the character Mullan Yifei responded:

“Her motivation was love, her love for her father, and her journey of finding out who she truly is. She is such a famous character, but I also wanted to be myself. It was all about balance and choice.”

Fans regretted that the live-action movie Mulan didn’t include most of its original songs.

But to make up for things, the production team announced that Yifei herself would sing a Mandarin Chinese version of the song Reflection which pays in the credits followed by Christina Aguilera’s version.

Yifei disclosed that she performed almost 90% of all of her stunts in the movie.

Reportedly, Yifei also won the title of the Most Charismatic Actress in the 2012 Hong Kong Society of Cinematographers Awards.

The citizens of Hong Kong during the summer of 2019 were protesting against police brutality during the time. They were in demand for resignation of the territory’s Chief Executive Carrie Lam, who introduced a bill that would allow people charged with crimes in Hongkong to be extradited to China for trial and punishment.

Yifei had posted “I support Hong Kong’s police, you can beat me up now. What a shame for Hong Kong #IAlsoSupportTheHongKongPolice”

Regretting her decision, Yifei immediately removed her post on her page. But it was too late, people had already noticed and screenshots were shared all over the media.

Amidst the controversy, Yifei was deeply saddened with the Coronavirus outbreak. As Wuhan was the epicenter for coronavirus, she admitted her family and friends were affected too.

Yifei mentioned she was hoping for a miracle and that everything will just be over soon.

Turing the pages to Lui Yifei’s dating diary, Lui was introduced to the Korean actor Song Seung-hun in 2013 in the set of The Third Way of Love. 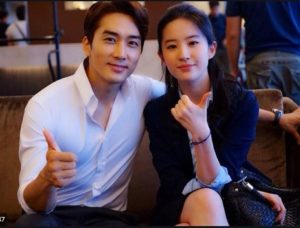 After 2 years of friendship, Seung-hun officially was the boyfriend to Liu Yifei.

The duo mention they got close in the set and were very much in love with another. Rumors were around that they introduced each other to their parents and planned to get married.

During the time, the fan threads were all lit up with comments about how Song Seung-hun would be the perfect husband to Liu Yifei.

Unfortunately, Yifei and Seung-hun naturally drifted apart due to their busy schedules and broke up in Jan 2018.

At the time, there were issues between South Korea and China about the Terminal High Altitude Area Defense (THAAD) which also factored for their break up.

As of 2020, Lui Yifei was the busiest she had ever been. Finding a boyfriend or husband and getting married was the last thing on her mind.