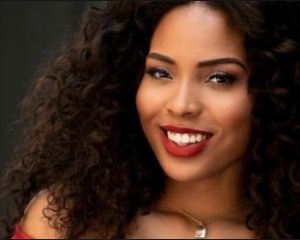 Charmaine Walker first gained popularity after starring in the hit VH1 TV series “Black Ink Crew: Chicago.” Beyond the reality TV realm, she garners the title of a YouTuber and a blogger.

Uncover Charmaine’s marital status, fortune, and parents by taking a stroll through her biography.

On 12th September every year, Charmaine Walker gets blessed with adorable birthday messages. A native of Manila, Philippines, she turned 29 years of age in September 2019.

In October 2019, Charmaine shared the news of her mother’s death via Instagram. At the time, she refrained from divulging the cause.

Over the phone, papa Walker confirmed the tragic news to her. A grieve-stricken Charmaine then broke down in tears. The emotional moment was featured on “Black Ink Crew: Chicago.”

Admittedly, Charmaine’s mother Glenda had lost her 4 siblings before she turned 50 years old.

A graduate of Howard University, Charmaine flaunts a BFA in graphic design from the same.

While in college, Charmaine Walker was employed at “Moore Public Relations Firm.”

Post-Graduation, Charmaine worked for “CBS Radio” as the station’s account executive for more than two years. By then, she was already the shop manager of “9Mag Tattoo.”

Working for “9Mag Tattoo,” Charmaine starred in the reality show “Black Ink Crew: Chicago.” Thanks to the exposure, she accumulated sizeable following on YouTube and Instagram.

Between February 2014 and March 2015, Charmaine served as the account executive of Groupon.”

Three years into their dating life, Charmaine accepted the proposal from then-boyfriend Neek. They got engaged at the Myrtle Beach Safari in April 2019.

Talking to “Reality Check” on 2nd December 2019, Charmaine and tech entrepreneur Nick shared that the two had married in a secret wedding ceremony.

To those unfamiliar: Nick is the founder of “Relevant Systems” — a company that lends low-cost software and app development services to minorities. Born in the year 1991, the New Jersey native carried Haitian ancestry. 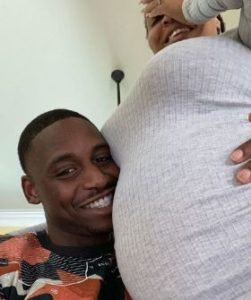 A day before the “Reality Check” interview, Charmaine Walker and husband Nick Bey had announced their first child. Via Instagram, the married duo had broken the baby news sharing by sharing a clip of the reality star getting an ultrasound.

Per the very posts, Charmaine’s mom Glenda was the first know about her being pregnant and the baby.

In February 2020, Nick paid tribute to Glenda by getting a tattoo on his back. The sweet gesture was a precious birthday gift to Charmaine.

Charmaine entered motherhood for the first time on 14th March 2020. She gave birth to a baby daughter Nola Glenda Bey with Nick by her side at the Northwestern Medicine Prentice Women’s Hospital.

Back in late-December 2019, Charmaine and husband Nick revealed their first child Nola’s gender. A week later, the pair threw a baby shower and named Ariel as their daughter’s godmother.

After performing a TikTok challenge on Nola and posting it on IG on 10th July 2020, Charmaine drew backlash. As part of the challenge, she splashed her daughter with a water bottle.

As seen on the now-deleted IG video, Nick didn’t find the challenge video. Even Nola was seconds away from crying.

When the backlash grew, Charmaine insisted that their daughter was fine. The reality star then claimed she was having fun with her family.

How far can a man go to demonstrate his love for his other half? There are a lot of crazy things people have...