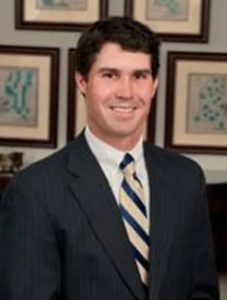 Brad McDill is an accomplished lawyer whose skillset in civil & commercial litigation turned out very fruitful for him in his career.

Not only that, his accolades in legal matters have helped him earn a lot of friends. So, parallel to his involvement in legal works, the man is also partners at “Hubbard Mitchell Williams & Strains, PLLC”.

But, work is not that put him in the spotlight. It was his past relationship with “The Real Housewife of Orange City” contestant Meghan King Edmonds that is coming back to hunt him down.

To know more about their relationship stick with us as we turn the pages.

Brad McDill is a person who has been successful to conceive his identity from the media, but what little is know of him the man did all of his growing up in Jackson, Mississippi Area.

Apart from that, details about his age, parents, and other personal details are yet to surface in the media.

As often with people involving with the law, there is always a matter related to money lurking around. Brad McDill was no different.

Having been a specialist in civil and commercial litigation, he landed jobs with many companies — starting as an attorney for “Daniel Coker Horton & Bell, P.A.” from 2006 to 2009

Then, Brad slowly moved to the thick of things and made himself partners with “King Krehbiel & Hellmich, LLC ” from 2009 to 2011.

Now, Brad has escalated his work to new heights by partnering with “Hubbard Mitchell Williams & Strain, PLLC”. Also from the same, he stacks a decent net worth of $700k for himself.

While Brad McDill has been the man tying the pieces behind his career success, the only failure on his part came from his relationship with Megan King Edmonds.

The two tied the knot in July 2007 when Megan completed her degree and was just the age of 22. The duo stuck together for three years before finally calling it quits in 2011. 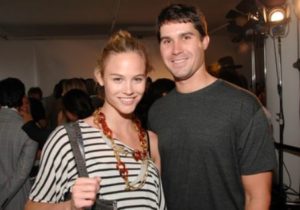 Brad McDill and Megan King pose for a picture together (Pic: patrickmcmullan.com)

The divorce paper between the two revelated the primary reason for separation being irreconcilable differences. After Brand and Megan parted ways, it seemed like history repeated itself in the case of the latter.

After the stint in the relationship between Brad and Megan, the former husband and wife separated. While Brad focused more on his career, Megan ended up getting married to Jim Edmonds.

However, things didn’t go as planned for Meghan. On 20 October 2019, she posted an Instagram video accusing her husband of cheating with their nanny.

On the other hand, Jim completely denied the claims and filed for a divorce from the reality star.

Kortnie O’Connor became an overnight sensation after a rep of Jim Edmonds outed her as the MLB...

It’s a beautiful sight to behold when a woman does it all; maintain an apt amount of attractability...