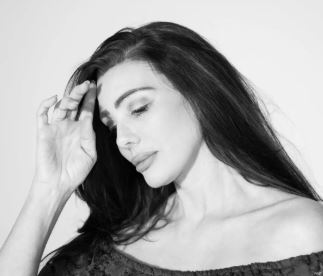 On 2nd March 2020, BuzzFeed News broke a story whereby a woman named Sera Johnston claimed that actor Timothy Hutton raped her when she was 14.

With the revelation, there was a certain spike on the public’s interest in Sera’s biography. Here, we have outlined several wiki details about the mystery accusor and alleged rape victim.

Unlike her assailant Timothy Hutton — who holds American passport — Sera Johnston hails from the north of the border. She owns Canadian nationality and Caucasian ethnicity.

Without an accurate date of birth, details concerning Sera’s birthday was difficult to ascertain.

In January 2020, her step-father Joe Wiesenfeld — an Oscar-winning screenwriter — passed away. But by then, he had lost touch with Sera and her mother Della Mae Johnston.

One wiki trivia about Sera: Dale is her middle name.

From an early age, Sera Johnston was drawn to the limelight. As a child, she dabbled in both acting and modeling.

Upon turning 9, Sera starred as Helen Keller in a staging of “The Miracle Worker” held in Vancouver, Canada.

Ironically, Sera’s first-ever show-biz idol was Timothy Hutton. Admittedly, she even stayed up late at night to watch him win the Oscar for his performance on “Ordinary People.”

Out of fear of being blackballed for speaking against her rapist with industry connections, Sera opted to remain silent.

As an aspiring actress looking for roles in movies & tv shows, Sera had to struggle to finance her dream. She even took up a job of an exotic dancer.

Eventually, Sera quit acting. She blamed the downfall of her career to the rape-induced trauma.

Admittedly, Sera Johnston’s life was never the same after the encounter with Timothy Hutton. Of all the aspects, her love life suffered the most.

Further down the line, Sera went on to engage in a series of unhealthy relationships. By 2020, she had married twice.

Unable to sustain a healthy romance with either of the two husbands, Sera divorced them both. The said BuzzFeed News report interestingly didn’t state if she conceived children from either romance.

Braces sporting Sera Johnston was only 14 when her two junior high school friends met Timothy Hutton & his male entourage at a restaurant in Vancouver, Canada.

When Timothy invited them back to their hotel room, Sera & her friends accepted. Once they reached there, the “American Crime” actor & his buddies offered the three girls drinks.

At some point, Sera found herself in Timothy’s room. Without any consent, he began raping her. She was also forced to perform oral on the actor’s unnamed friend.

Inspired by the #MeToo movement, Sera reported the rape to Vancouver cops in 2019. Because Canada had no statute of limitations on the rap cases, Vancouver PD asserted that it would take the claims seriously.

Responding to the rape allegation, Timothy’s lawyer denied everything. His camp accused Sera of trying to extort a settlement from “The Leverage” actor.

Per Sera’s The BuzzFeed News interview, Timothy & his lawyers offered her $135k to retract her claim. The Canadian model dismissed the deal as she was reportedly seeking $1.5 million in reparations.