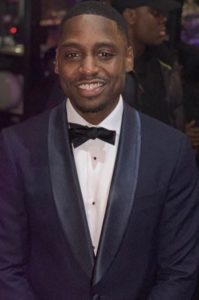 How far can a man go to demonstrate his love for his other half? There are a lot of crazy things people have done that had made the news.

On 20 February 2020, Black Ink Crew (BIC)’s Charmaine Walker‘s beau Nick “Neek” Bey went as far as getting a tattoo of BIC star’s late-mother, Glenda Denise Leverette Walker, on his back for her commemoration.

Charmaine and BIC’s fan had nothing but profound admiration for the sweet and loving gesture of Nick Bey.

This wiki-style article took shape around the personal and professional life of Nick “Neek” Bey so scroll down as the details unfold.

Nick was raised along with his younger brother, and Arius Bey, his older brother. His mother, Chimene Sainvil, looked after the family following his parent’s separation.

Nick attended and graduated from Howard University with a degree in Computer Science. Moreover, He attended The Development School for Youth program of the All-Stars Project, a non-profit founded in 1981.

How Tall Is Nick Bey? Wiki, Job, Net Worth

Nick grew up with divided love for music and computers. He cited his uncle for inclination towards the computer at later years after his uncle got him one.

Nick’s internship in the I.T. Department of JP Morgan in New York was his formal introduction to technology stem. With added motivation created by All Stars Project, he credits the program for his choice of career path and Relevant Systems corporate social responsibility.

July 2018 saw Nick launched Relevant Systems — a digital tech firm that specializes in the creation of computer software and applications apposite to African and African-American cultures.

As STEM education is often criticized for its insufficient involvement of women and minorities, Nick proudly boasts the objective of the start-up to produce 100 entrepreneurs from minorities and women.

More on that: the tech-entrepreneur aims at creating job opportunities and sees it as his way of doing philanthropic activity. The impact All Stars Project had on him motivated Nick to give back to the community every way possible.

Charmaine Walker and Nick Bey started dating back in 2016 years after they first met at Howard University. He expressed his joy of being together with Charmaine by taking it to his Instagram handle on new years day on 2017 that read,

The highlight of 2016 for me would have to be finding real love. There’s no other feeling than being with someone who knows just how to love you.
Happy New Years Bey @charmainej_tv 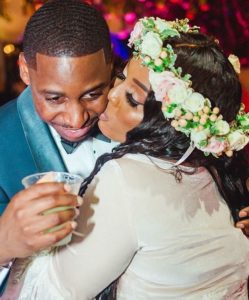 Nick and Charmaine together on the day of the baby shower (Pic: Nick Bey’s Instagram)

Nick and Charmaine got engaged in April of 2019 after 3 years of being together.

Nick popped the big question on a Myrtle Beach Safari to which Charmaine responded with Yes, making him the happiest man alive.

In an interview with “Reality Check” in December 2019, Nick and Charmaine made the great reveal they had a secret wedding in an intimate ceremony with the nearest and dearest ones around.

On 2 December 2019, Nick Bey and wife Charmaine Walker announced them expecting their firstborn an Instagram official. The unborn was 6 months then.

After 25 days following the announcement, the duo made the gender reveal that they were having a baby girl and named her Nola Glenda Bey. In a week, they then threw a baby shower planned by Nick.

Baby Nola arrived on 14th March 2020. An elated Nick took to Instagram and shared the joyous news with the followers. He revealed,

From the hospital, Nick Instagrammed a clip of Nola jamming to “Morning Dance” by Spyro Gyra.

Shervin Roohparvar from Shah of Sunset had built a successful career in Tech, hospitality and retail...