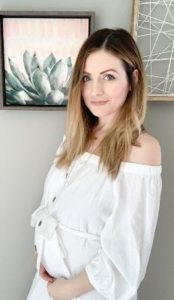 Appearing in the 19th season of The Bachelor, Carly Waddell shot to stardom. She would also appear on the 2nd and 3rd seasons of Bachelor In Paradise.

Continue reading and find out her history with Evan Boss, net worth, and brother!

Via Instagram, Carly broke the news of giving birth to a baby boy by sharing a snap of his beanie.

Back in May 2019, Carly and Evan announced that they were expecting their second bundle of joy. Four months later, the “Bachelor In Paradise” couple revealed the baby’s gender.

With the baby news, Carly Waddell became a mother of two children. In early-2018, she and her husband Evan Bass were blessed with their first child — daughter Isabella Evelyn Bass.

Carly first crossed paths with her future husband Evan on “Bachelor In Paradise” in 2016. After a few months as an engaged pair, they tied the knot in August 2017.

After 3 years and 2 children together, Carly and Evan announced their split in Dec 2020. Via a joint statement, the couple shared— “We have made the difficult decision to separate.”

The announcement concluded— “We will always cherish our time together and continue to have the utmost respect for one another as we focus on what’s best for the future of our family. We greatly appreciate everyone’s love and support and kindly ask that you please respect our family’s privacy as we navigate through this.” 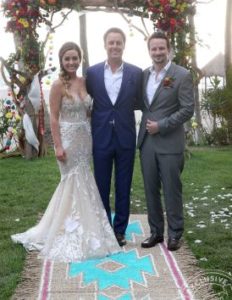 Pre-“Bachelor In Paradise” tenure, Carly was in a relationship with Erik DiNardo, and Kirk DeWindt.

Via Instagram, Evan shared a photo of Carly in an ambulance. However, he said he will let Carly tell what happened.

A native of Arlington, Texas, Carly comes from a family of five. Jeff and Maryann Waddell are her biological parents. Meanwhile, she is siblings with two brothers: Zak and Denton Waddell.

Many may not remember but Carly’s brother Zak competed for Desiree Hatscok’s heart on the 9th season of “The Bachelorette.”

A graduate of Tish School of Arts, Calry owns a fine arts bachelor’s degree from the University of Oklahoma.

Bachelor In Paradise, Height, Net Worth

Carly Wadell found fame through “Bachelor In Paradise.” Besides reality TV star, her long list of job titles includes her stints as a cruise ship singer, theater actress, and songwriter.

With 1 million+ Instagram followers (as of June 2021), Carly has already reached “influencer” status. Meanwhile, around 229 thousand people followed him on Twitter.

Tayshia Adams epitomizes the adjective “wholesome.” Besides flawless beauty, she possesses a kind...

Josh Bourelle might not be a famous name in the entertainment industry, but his past relationship got him...