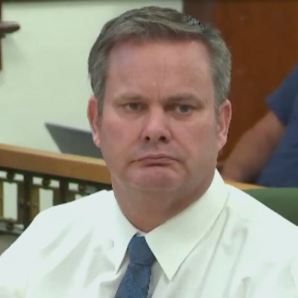 Idaho’s Chad Daybell stirred conversation after he was arrested for the murder of his wife and two kids (Tylee Ryan and JJ Vallow) of his second wife Lori Vallow. Initially, he framed the death of his wife as a natural cause but the disappearance of the two kids of Lori made the authority suspicious about Tammy’s death.

Delve into this Chad Daybell Wiki as we cover new updates, details on children, and details on his wife.

The grand jury in Idaho indicted Springville native Chad Daybell and his second wife Lori Vallow on first-degree murder charges and conspiracy to first-degree murder against all three victims. They were arrested pulled in for custody after the death of Vallow’s two children, Tylee Ryan and JJ Vallow.

In addition, Chad was also charged with the murder of his wife Tammy Daybell who was initially framed as she died in her sleep. The disappearance of the kids spread like a wildfire after Chad and Lori, suddenly left their hometown. The authority questioned the whereabouts of the kids to the couple.

Tylee and JJ were last seen in September of 2019.

However, in June 2020, authorities found the remains of Tylee and JJ on Chad’s property in Fremont County. They already faced charges for hiding or destroying the evidence according to the court documents.

Also, the new indictment cited the couple’s “religious belief” as the prime factor in the murders. A text message that stated Tammy Vallow “being possessed by a spirit” also surfaced as a piece of evidence.

Furthermore, Chad was also charged with insurance fraud who withdrew $430,000 from the insurance company. They were then rescheduled for another court on 26 May 2021.

Tamara ‘Tammy’ Daybell was born to her parents, Ron Douglas and Phyllis Douglas in Pasadena, Southern California. However, she and her family moved to Springville at the age of 13.

An enthusiastic about drums and clarinet, Tammy attended Springville High school. After graduation, she attended the Birgham University where she met and fell in love with Chad. The couple married on 9 March 1990. 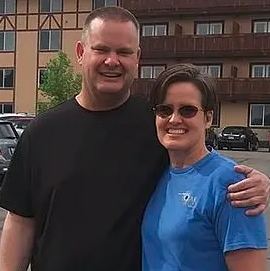 Career-wise, Tammy worked at Springville’s Parks Department, and as Librarian at Central Elementary School in Sugar City. Meanwhile, the initial report stated that she passed away in her sleep. But, the disappearance of Lori Vallow-Daybell’s two children generated suspicion around Tammy’s death.

Whereas, Chad had also changed the life insurance coverage on Tammy Daybell, a month before her murder. He had increased the benefit of the policy to the maximum level.

Tammy’s kids and her husband Chad participated in the service. The closing song was ‘Families Can Be Together Forever’ and a poem called ‘Your Mother is Always With You’ printed in the program could be read.

Nine days after Tammy’s death Chad Published an essay titled Moving into the Second Half of My Life.

How Many Children Does Chad Daybell Have?

Chad Daybell and Tamara ‘Tammy’ Daybell together had five kids. Reportedly, he was a biological father of Seth Daybell, Garth Daybell, Leah Daybell, Mark Daybell, and Emma Daybell. Whereas, he had two step-children from his second wife.

Chad Daybell was born on 11 August 1968. He celebrated his 52nd birthday in August of 2020. Moreover, Chad secured Leo as his zodiac sign.

Chad Daybell was born to his father Jack L. Daybell and his mother Sheila Chesnut Daybell in his hometown in Utah, the United States. Utah’s local newspaper covered the wedding announcement of his parents.

More into his parents, his parents had a mid-summer wedding and set the date of their marriage on 4 August 1967. They planned the ceremony in Salt Lake Temple. They planned about starting their family in Springville.

Reportedly, Chad grew up with three younger brothers; Paul Daybell, Matt Daybell, and Brad Daybell, and a sister named Becky Daybell. As reported by an article published in Deseret News, the family was establishing a “Daybell family tradition”— paying for a Brigham Young University education by digging graves at the Springville cemetery.

As far as we know, Chad and Paul, both dug the graves to graduate from BYU. Talking about other siblings, Matt Daybell served a mission for The Church of Jesus Christ of Latter-day Saint in the Canary Islands.

Talking about the physical attributes, Chad Daybell is a man of a huge build. What’s more, he stands at a height of 6 feet 2 inches (1.87 meters).

Talking about net worth, Chad Daybell reportedly enjoyed a fortune of over $1 million.

As shared above, Chad Daybell dug graves to put himself through the college, and he and his siblings considered it as a first real job. After graduating high school, he joined Brigham Young University in 1987. After four years of studying communication, he graduated with a bachelor’s degree.

Further, Chad started his career as a copy editor at Standard-Examiner, right after college. Then, he started working as Cemetery Sexton at Springville City for four years. Followed by, regional sales manager for Access Computer Products from 1999 to 2001.

After that, Chad landed the job of Cedar Fort, Inc. as a managing editor for three years from 2001 to 2004. From 2004, he started working at Spring Creek Book Company as a president in Rexburg, Idaho.

Besides working for the companies, he also gained recognition for authoring a book titled The Great Gathering, The Youth of Zion, The Aaronic Priesthood, Chasing Paradise, The Emma Trilogy, and the Tiny Talks series.