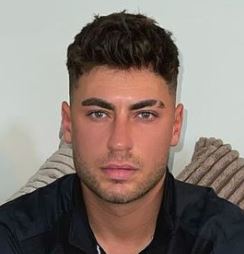 In the new ITV dating reality show, Ready To Mingle, one single girl will sort through 12 guys to find love for herself. Half of these guys are single and have come to the show to find love and the other half are already in a relationship and are there only for the money. Casey Sonnekus is one of the guys trying either to win the heart of the leading lady to win the cash prize.

If you want to know more about Casey Sonnekus, find out about his job, his romantic life, his family, and a few more facts like his age, height, etc., keep reading.

Casey Sonnekus On Ready To Mingle

Ready To Mingle will take place in a luxury clifftop location in Torquay, Devon, and the surrounding area. The twelve suitors will go through a series of tasks trying to win the heart of the leading lady. The leading lady in turn has to find out the love for herself and not end up with the guys who are there for the money.

To make things interesting, the six girlfriends of the six guys in relationships will also be there in the location to help their boyfriends win the cash prize. However, no one will have any idea about the relationship between any of the girlfriends and the guys.

Apart from Casey, only the names of 9 guys have been announced and they are Chris Baber, Lewis Crocker, Toby Bougouneau, Drew Wedlake, Louis Hart, Hakeem Tru, John Okafor, Elliot Miles, Rudi Senghore. Also, the name of one of the girlfriends was announced, Shannon Garrett. The identity of the main lady, however, was still a mystery.

Although the exact date has not been announced yet, the show was set to premiere on ITV in September and will be hosted by the Canadian comedian Katherine Ryan.

At the age of 22, Casey Sonnekus was one of the youngest contestants in Ready to Mingle. He celebrated his 22nd birthday on 10 October 2020. And because of 10th October birthday, his zodiac sign was Libra.

Casey Sonnekus was born in Johannesburg, South Africa. However, his nationality was British. Currently, he was based in Cardiff, Wales. He was born to parents Wayne Sonnekus and Audri Sonnekus. Casey has a special bond with his mother. She appears quite often on his Instagram and he calls her his “Queen”.

His father died on 12 March 2004 and was buried in Johannesburg. Wayne was buried with his friend and brother Martin Adrian Sonnekus. The epitaph on their Wayne’s grave had “See You Babe” and the one under Martin wrote, “See You Smartie”. And below both, there was written, “In our hearts forever, Beloved sons, brothers, and dads”. Casey often misses his father who he lost when he was at a very young age.

Casey also has a brother named Tristam, who is a gamer and streams on Twitch at @surfertrisuk. Tristam had 3k followers on Twitch.

Casey Sonnekus is a very tall guy with a height of just about 6 ft. Also, he has black hair and piercing hazel eyes.

Casey was also present on Pinterest where he had not created any boards yet. We could not find him on Tiktok.

According to Casey Sonnekus himself, his life consists of “work, work n more work”. So, what work does he do exactly? Casey reportedly works for the Railroad Industry. And according to opencorporates.com, his exact job title is that of a director for Sonnekus Rail Ltd.

According to the same source, Sonnekus Rail Ltd. is an active private limited company that was incorporated in March 2018. Its ultimate beneficial owner is Casey himself.

As of Aug 2021, Casey Sonnekus did not appear to have a girlfriend. There was nothing on his Instagram to hint at a relationship and his words “work, work n more work” seems to suggest that he was single. If that is true, Casey is one of the guys in Ready To Mingle for love.