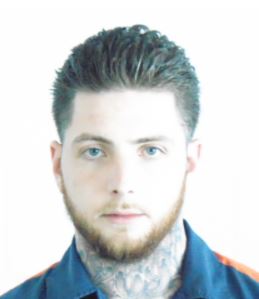 Being in a prison is usually a punishment but for Doug Howard Jr., it also brought him many opportunities. WeTv‘s Life After Lockup follows a bunch of felons and their romantic partners as they navigate life and love in the aftermath of incarceration.

Doug Howard received an opportunity to be a part of the show, and thus earn some money and maybe find his way out of crime. However, for some, old habits are just too hard to let go of. Not only, Doug has had continued confrontations against the law, but he was also very bad at the love part, what with cheating on his wife.

In this Doug Howard Jr. Bio, we will tell you everything you need to know about Doug, from his imprisonment to his life after imprisonment, from his romance with Rachel, the aforementioned wife, to his relationship with his new girlfriend, Brittany.

Love After Lockup sensation Doug’s scuffle against the law started from a very young age. At the age of 17, he and his friend Marvin Lee Tabor were involved in a series of motor vehicle theft, home invasions. After he was caught, Doug was sentenced to 5 years in prison. He was released in July 2014.

As of 201, Doug was serving three sentences, one for Home Invasions committed back in 2009, and a couple of other sentences from 2015/2016 for possession of firearms.

Then there was the most recent arrest, in August 2021, after the season finale of Love After Lockup concluded (read about it below). Apparently, Doug was fleeing the cops in a motorcycle (possibly stolen) when he crashed the bike, and then in an attempt to resist the arrested pointed a loaded gun towards the police. There was also some meth business going on during that saga. So, it seems Doug will once again see the inside of the jail, without any telling when he would get out.

Rachel and Doug Howard Jr. have been the main staple of Life After Lockup with their complicated relationship and Doug’s constant spar against the law and Doug’s sour relationship with his family.

The duo met when Doug was in jail (through a pen pal service), they got engaged and then married all within eight months while he was still in the prison. When he was out of jail, they were never not fighting. They have a 12-year-old son called Doug jr. or Dougie.

Doug’s sister, Crystal, who knew him very well and was good friends with Rachel, warned her that he was not going to get better, that he was going to cheat on her, and that at some point, he was going back to jail. And of course, all of that did happen.

In the finale of Love After Lockup, Rachel found out that Doug was cheating on her with his new girlfriend Brittany. Doug left her house and eventually got arrested in August 2021. Since then Rachel has filed for a divorce and got custody of her son.

In the finale of Love After Lockup, it was revealed that Doug Howard Jr. was cheating on Rachel with someone called Brittany. Although not much was known about Brittany, Starcasm.com claims that Doug has known her for over 12 years and they have remained in an on-and-off relationship.

Perhaps, Doug is not friends with his new girlfriend Brittany on Facebook or maybe Brittany Holt is his Brittany but she had just deleted the photos.

Anyway, Doug began living with his new girlfriend, Brittany. The reports also mention that Brittany was a married woman, who was still living with her husband and their kids. Not much was known about the weird situation there. 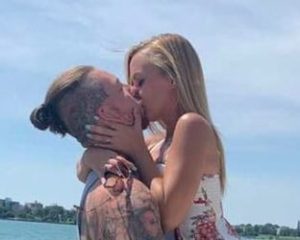 According to the Michigan Department of Corrections, Love After Lockup star Doug Howard Jr. was born on 28 January 1992. And therefore, his age, as of August 2021, was 29. And because he celebrates his birthday on the 28th of January, his zodiac sign is Aquarius.

Doug Howard Jr. is a native of Michigan, and his hometown is Kalamazoo, Michigan. He was reportedly born to parents Doug Howard Sr. and Tammy Howard.

Growing up, Doug Howard Jr.had two siblings (that we know of). We have already mentioned his sister, Crystal Howard, who is a married woman and a mom and still lives in her hometown of Kalamazoo, Michigan. According to Doug’s Facebook, he has three nephews (most likely Crystal’s sons) named JR, Jacob, and Brandon.

Doug’s other sibling is a brother called Harley Howard.

What’s more, Doug has multiple known tattoos all over his body. There is one on his back, one on the back of his right arm, one on his right shoulder, and the one on his upper left shoulder. One could also see tattoos on Doug’s neck region as well.

Doug Howard Jr., from Love After Lockup, was not present on Instagram. He was on Facebook but only had a regular page.

We know nothing about Doug’s job. He is a convicted felon who is constantly up against the law. So, it is likely Doug Howard Jr. is jobless. As of 2021, sources have estimated his net worth to be under $100 thousand.