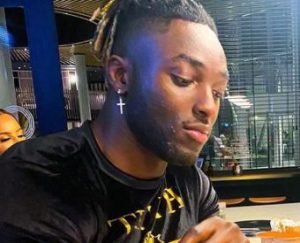 A new ITV dating show is here, and it’s called Ready To Mingle. Just as the title suggests, it’s all about singles who are ready to mingle. And among those singles, there is one particular contestant you should be watching out for, John Okafor.

Why? Keep reading this John Okafor Wiki to find out.

John Okafor was one of the 12 contestants over Ready To Mingle trying to win the heart of the single lady, and bag home the stunning cash prize. But it’s not as easy as it sounds. Amongst the singletons, were also boys who were already in a relationship and lied about their single status in the hopes of winning the competition.

Moreover, the men who were in a relationship were also secretly helped by their real-life partners.

The competitors were put through a series of challenges, tasks, and games, where the lady got to know them better and eliminated them one by one until there was only one remaining.

As for this inaugural season host, there couldn’t have been anyone better than the Canadian comedian Katherine Ryan. According to her, the show was like “nothing we’ve seen before but still with all the drama and dating dilemmas we love to see.”

Although Ready To Mingle’s premiere date was not revealed, their filming location was known to be in Torquay, Devon at a luxury clifftop apartment.

He dropped a hint on August 6 over IG, captioned “Interesting developments (eyes emoji).” It seems like he will be one of the interesting characters on the reality show this season.

John Okafor was 22 years of age when he entered Ready To Mingle in 2021.

He celebrates his birthday on October 8 and is of the Libra zodiac.

John Okafor might be born and raised in London, United Kingdom but his family hails from Nigeria. And even though he had never been to Nigeria, he celebrated Nigerian Independence Day and kept his interest in Nigerian politics.

Talking about his parents, John shared that his mother has “wiped his tears, made him laugh, hugged him tight, watched him succeed, seen him fall, cheered him on, kept him going strong and drove him a little crazy sometimes.” As for his father, he jokingly complained that his dad didn’t “pay the internet people” for him to “enjoy double XP weekend”. Seems like the father-son entertained humor.

Recalling one of the moments with his parents, he let us know about the time they asked him to go to Tesco and go on the road with a “D. Turkman” bag (which he didn’t like one bit).

Other members of John’s family include Mannix Okafor and Emelda Okafor Udeke.

Also, John then garnered 1.4K subscribers over his eponymous Youtube channel, and 76 followers over his TikTok.

John Okafor is a pro Rugby player who was only 18 when he signed his first professional contract with Harlequins. He did very well there and even won the U18 Rugby Premiership playing in all but one of their games.

Continuing his education, John joined Leeds Beckett University from Wellington College in 2018. Over there, he played for the 1sts in Rugby, and they came second in the BUCS National Championship the next year.

Also, John was then selected for the England Students Rugby Squad soon after.

Unfortunately, in late 2020, John suffered a knee injury and took time off from Rugby for quite a while.

But as of 2021, John was still on the Leeds Beckett Rugby roster.

Aside from Rugby, John also worked as the brand representative of Hollister Co. He joined the company back in September 2018.

By 2021, John garnered a net worth of under $150 thousand. Just in case you want to know, an average salary of a brand representative then was around $45 thousand.

Fun Fact: John actually started his sporting career by playing basketball, and moved on to Rugby.

So, now here comes the question, did John Okafor have a girlfriend during his time on Ready To Mingle? Well, from the looks of it, he actually seemed to be single then.

In his YouTube video (away from the show in Feb 2021), John shared that he wasn’t a “player”. For him, players were the person who “says the stuffs (girls) want to hear just to sleep with them”. But he didn’t do that. “I just saw how it is, and if you ain’t trying to hair it then calm it! It is what it is.”

Also, John added that he didn’t “sleep with friends”. And he had a “soft spot” for “really really fit Redheads.”

Overall, he looked like a good guy to us.