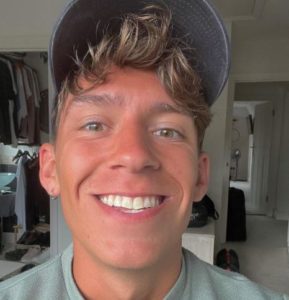 A resident of London, Louis Hart is one of the new contestants of ITV’s new reality show Ready To Mingle. He joined the show either for money or to find true love, we are yet to know. But, before that, delve into this Louis Hart Wiki to learn more about his age, height, family, and job.

Louis Hart is one of the 12 male contestants of a new British dating show which ITV offered named Ready To Mingle. The premise of the show is— though everyone claimed on being single, some of them were lying through their teeth, as they were not in for the ‘honey’ but the ‘money.’

The contestants will be mingling in a luxury clifftop location as they go through a series of tests, tasks, and games to vie for her affections as each contestant is eliminated one-by-one. There is one extra added twist, the men who are in a relationship will be assisted by their real-life partners.

The show will be hosted by Canadian comedian Katherine Ryan.

Louis Hart turned 24 years old in 2020. His birthday falls every year on 18 November which made him a Scorpio by zodiac sign.

Louis Hart was born to his father Richard Hart and his mother Joanne Hart in his hometown of Chigwell, United Kingdom.

Richard is the son of Norma Hart how worked as a consultant at Magnetix Wellness UK.

Louis’s mother, Joanne hailed from London and attended Tomhood. She is discoverable on both Instagram as well as Facebook. Even at the age of 52 which she celebrated on 18 August 2021, Joanne is often commended for her young appearance.

Other than her parents, Louis also has a sister named Jade Hart. Jade is married to her husband Joe, and together they have a son named Alfie. Her son celebrated his 4th birthday on 14 September 2020.

One member of the Hart family is James Hart. According to his Facebook, James worked at Hart Care Nursing Home with his family.

The British handsome hunk, Louis Hart stands tall at 5 feet 11 inches (1.80 meters). His tattoo of mandala design that spread across his chest and arms are his distinct feature.

Louis Hart appears to have two jobs that he has been working on.

The first one is related to finances which is Louis Hart Projects. He seems to be a property developer in London. He created an Instagram account (@louishart__projects) where he posts the current project that he was working on.

Louis and his father are both property investors who also renovate and rebuild their own properties.

Besides that, Louis is an influencer on social media. He is a yoga enthusiast and runs another page under the name (@louishart__yoga) on IG. He is into well-being and believes and influences that it could be achieved through yoga.

Louis is also working on introducing a Yoga Ready Mats.

But, most of all, Louis Hart is a traveler and adventurer and absorbing culture is what draws him into traveling. He has been to several countries like Australia, Barbados, France, Italy, Thailand, Greece, Vietnam, and a few others.

Louis even showed off his itinerary on his Instagram of his travels.

On the teaser of Ready To Mingle, Louis Hart swore that he doesn’t have a girlfriend. But is he lying through his teeth?

If Louis Hart claims that he has never dated anyone in his life, then he is absolutely wrong. Because we’ve discovered a few snaps of him getting cozy with his alleged girlfriend on his socials. 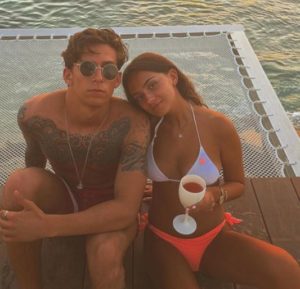 Louis and his alleged girlfriend together in Barbados (Pic: Louis’s IG)

On 13 March 2019, Louis was posing with a very beautiful girl with a drink in his hand. He didn’t reveal her name but just showed her off on his IG. Later on, on 21 August 2019, two of them again appeared with each other enjoying each other’s company. But, this time too, he didn’t have away names or tagged her.

This was during his travels and when he was in Barbados.

After that, she didn’t appear on his IG at all. So, the story behind him having a secret girlfriend is yet to be discovered.