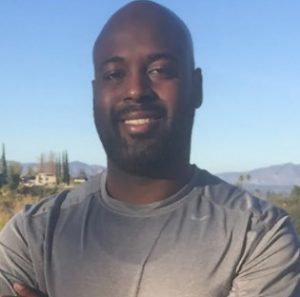 While there are a lot of interesting things going around the world simultaneously, today for this article we have turned our attention to Lauren Lake’s husband Carlos Woods.

To those who are unaware of who Lauren Lake is, well she is one multitalented woman. The judge of her own tabloid talk show Paternity Court is a writer, family lawyer, background singer, guest host, real estate developer, among others.

Find out about Spice Up My Kitchen host’s husband in the article below. Also, learn about his general age, net worth, and more.

Carlos celebrates his birthday on the 22nd of April every year. His son Carlos Jr. wished him on his 39th birthday by making an appreciation post on his Instagram handle. According to Carlos’s birthday, his zodiac sign is Taurus.

Carlos Woods was born and bred in his hometown in Virginia Beach, Virginia. Not much was known about Carlos’s family as of March 2021.

For education, Carlos went to Ocean Lakes High School located in Virginia Beach. With great academic and extra-curricular records at Ocean Lakes, Carlos got admitted to Delaware State University in 1999.

Carlos Woods was available on Instagram until a while ago. But the link to his Instagram profile seems to be broken now.

Following his enrollment at Delaware State in 1999, Carlos immediately joined the Hornets. Playing for three seasons, Carlos had his best season in 2000 when he helped his team lead with a 7-4 record with the help of his 35 tackles.

Graduating from DSU, Carlos served Landstown High School as an assistant coach. During his three-year tenure, the school was successful to maintain an overall record of 40-2.

In 2005, Carlos got enrolled in the master’s program at Penn State University. Lauren’s husband assisted the defensive line of the Nittany Lion Football team while he was at PSU.

Upon the completion of his master’s degree, Carlos applied for a paid internship with the NFL’s Indianapolis Colts and eventually received it. In almost three years together with the Indianapolis Colts, the Virginia native served as a defensive assistant, administrative staffer, and scouting assistant.

After the whole coaching staff of the Indianapolis Colts restructured in 2009, the Virginia native was hired by the Cincinnati Bengals. In his time with Cincinnati Bengals, Carlos assisted the linebackers, prepared and performed PowerPoint presentations in the 2010 season.

The NFL lockout in 2011 forced the football coach to leave Cincinnati Bengals. After that, the DSU graduate spent almost a year away from football taking care of his son, Carlos Jr., and operating a sports training business in New York.

As of 2019, Carlos was serving as a head football coach at Los Angeles Pierce College. He was even accused of charging players up to as high as $400 to live in an off-campus apartment. Later, Carlos was given a temporary administrative leave until the investigation was fully completed.

Carlos Wood’s net worth was estimated to be around $750 thousand.

While working for Indianapolis Colts, Carlos met his now-wife Lauren Lake, the author of Girl! Let Me Tell You. After dating for less than a year, the adorable duo exchanged their wedding vows in 2007.

Carlos and Lauren even had their first, and only child until now, Carlos Jr., a son, circa 2010. Carlos even took a year off from football in 2011 to take care of his new-born son.

After all these years, it seems like the year Carlos took off from his career for his child did not go into vain as Carlos Jr. has turned out to be one great child actor.

Carlos’s son also earned a black belt in 2018. His wife took to Instagram to reveal her son’s incredible achievement. 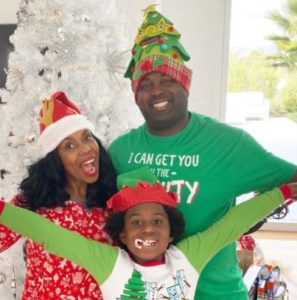 Carlos with his small family during 2020 Christmas.

Carlos, his wife, and their son live happily in their residence and it’s a mystery to the Internet if the adorable couple has any plan for any more kids.