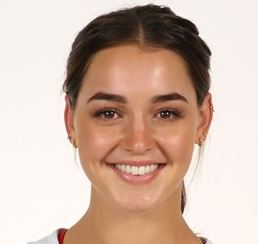 In early 2021, Corey’s team remained undefeated (26-0), and marked their dominance in the NCAA Tournament, while Jenn’s squad was all set to face the Belmont Bruins in the first round. With Corey by her side and the talent she retains, we are sure this girl will reach far in the basketball world.

Here is everything we know about Jenn written in wiki-format.

As per her birthday, Jenn is of the Capricorn zodiac.

On Jenn’s 19th birthday, Corey took it to his IG sharing a picture of them with a beautiful birthday wish. He wrote,

“Anything from giving literally anyone a bucket to making me feel like the luckiest man on earth… I’m convinced she can do it all. Happy birthday Jenn loves you lots (love emoji).”

Jenn Wirth grew up in her hometown Mesa AZ, in a family of eight. She has a twin sister named LeeAnne (who was also on her basketball team), three other sisters named Alana, Christina, and Theresa, and a brother, Joe.

Her parents are named Diane and Alan. Reportedly, her father played baseball professionally for the Oakland Athletics, and her sister, Christina, played for the WNBA’s Indiana Fever and also played professionally overseas.

In light of her education, Jenn attended Seton Catholic High School where she was selected at 2016-17 AIA First Team All-Section VI and AIA First Team All-Division II. During her time there, she won the Ed Mulvey Award and also was named the Offensive Player of the Year.

Mentioning her distinct features, Jenn has brown eyes, multiple piercings in her ear, and a beautiful smile.

A basketball fanatic ever since school, Jenn Wirth entered her freshman year in 2017, and by 2020 (junior year), she had played over 90 games and received several honorable mentions.

Her Season 2020-21 statistics mentioned, Jenn had 22 minutes game time and an average of 10 points. An advantage of her height, Jenn played the Forward position and rarely attempted a three-pointer then.

In 2021, during her time in Gonzaga’s women’s basketball team, Jenn alongside Jill Townsend was named Honorable Mention AP All-American. It was the first time in history, two Gonzaga women’s basketball players received that honor. Reportedly, they were fifth and sixth Zags to earn that honor.

Also, Jenn was named the WCC’s (West Coast Conference) Co-Player of the Year, along with BYU’s Shaylee Gonzales that year.

Jenn Wirth Corey Kispert, Dating, How Did They Meet?

Jenn Wirth and Corey Kispert started dating at least in April 2018. It was also the month Jenn made her first appearance on Corey’s IG — Corey uploaded a picture of them holding one another, captioned,

When the couple was not on the court, they often went on outdoor adventures. On their 2nd anniversary, the two were spotted hiking the rocks in Colorado.

As for how they first met, none have shared a word about it. However, Corey confessed that he “always had a thing” about Jenn. Also, he added,

“She’s (Jenn’s) a “bring her home and show the parents” kinda girl.” 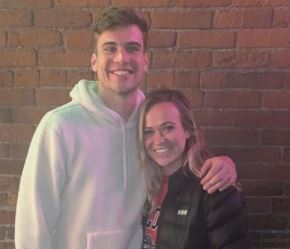