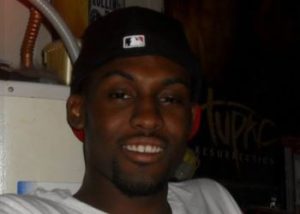 This Antron Pippen Wikipedia delves into unmissable details about Scottie Pippen’s son like his wife, girlfriend, and net worth. Similarly, it explores his cause of death, height, and mother.

Antron Pippen Cause Of Death

On 19th April 2021, Scottie Pippen announced Antron’s death. Via Instagram, the retired NBA star shared a slideshow of photos. However, Scottie didn’t give out a cause of death.

Scottie began his IG post writing— “I’m heartbroken to share that yesterday, I said goodbye to my firstborn son Antron.”

The “Chicago Bulls” legend then continued— “The two of us shared a love for basketball and we had countless conversations about the game. Antron suffered from chronic asthma and if he hadn’t had it, I truly believe he would’ve made it to the NBA. He never let that get him down, though—Antron stayed positive and worked hard, and I am so proud of the man that he became.”

Ending his statement, Scottie wrote— “Please keep his mom, Karen, and all of his family and friends in your thoughts and prayers. A kind heart and beautiful soul gone way too soon. I love you, son, rest easy until we meet again.”

“Market America” co-founder Loren Ridinger wrote— Antron was such a special guy and I am honored that I got to know him. I know he was loved and I am praying for your whole family Scottie. And Karen of course. We love you and if there is anything we can do. JUST say it. We love you so much. Prayers for all.”

Olden Polynice also tweeted— “My deepest condolences bro. Prayers of comfort for you and your family.”

Antron Pippen was 33 years old at the time of his death. Moreover, he celebrated his last birthday on 28th December 2020.

While his father doesn’t need an intro, Antron Pippen was born to his mother, Karen McCollum.

Very little is known about Antron’s mother, Karen. For the most part, she has stayed away from the limelight.

Little info about Karen McCollum— As of 2021, she was residing in Duluth, GA. Karen previously lived in Lawrenceville, Georgia, and Malvern, Arkansas. Also, she turned 55 years old in November 2020. Rodrick Mccollum is one of her many family members. Meanwhile, her father is a Pastor and her mother’s name is Hester. 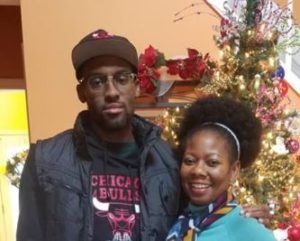 What’s more, Antron was Karen and Scotti Pippen’s only child. The couple married in 1988, only to divorce 2 years later.

Antron was 6 inches shorter than his father. In other words, he was 6’2”.

Until April 2021, Antron Pippen had around 2.8K Facebook friends. As for his Instagram @antronpippen, he didn’t appear to be on the platform for years. The same stood true for his Twitter profile @Skip2MyPIP.

From his career, Antron Pippen had amassed more than $1 million net worth. His father, on the other hand, enjoyed a $20 million fortune as of April 2021.

At the time of his death, Antron Pippen was a Machine Technician at Alcon Laboratories. From the gig, he made anywhere from $52K to $58K a year.

For education, Antron attended South Georgia Technical College and Texas A&M International. A talented basketball player, he played for both.

As of 19th April 2021, online publications hadn’t figured out whether Antron Pippen had a wife or a girlfriend. However, his Facebook had photos with a woman named Abigail Fernandez. 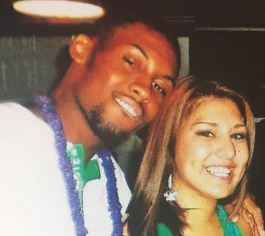 Back in late December 2017, Abigail had a bunch of pictures with Abigail appearing rather cozy. However, neither had hinted at the nature of their relationship. Considering there weren’t any follow-up posts, it is likely that they weren’t dating.