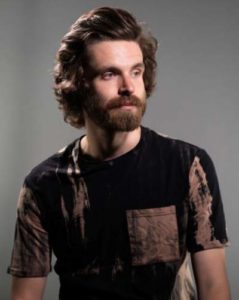 Where else but 90 Days Fiancé for full-on drama and relationship complexities!

On the episodes of the show’s spinoff 90 Days Fiancé: Happily Ever After, Jess Caroline finally met Larissa Lima Dos Santos who happens to be Colt Johnson’s ex-wife. Colt, meanwhile, had participated in the previous season of Happily Ever After with Jess, after he divorced Larissa in January 2019. Looks complicated, right?!

The two ladies with a mutual ex soon started smack-talking Colt’s manhood. The newly formed friendship did not stop there. Larrisa then introduced Jess to her new man, Brian Hanvey. This Larissa might have also done as a return favor for Brian who had cast Larissa and her beau Eric Nichols in his music video last year, for his song “If I Scream in My Sleep.”

Now, here’s what you need to know about Brian Hanvey and his new-found romance with Jess.

Brian Hanvey is a Virgo as he grew up celebrating his birthday, every year, on the 4th of September. Plus, he was born in 1994, making him 26 years of age as of this writing.

Brian Hanvey, as of the time of this writing, lived in Las Vegas, Nevada. He comes from his hometown in Detroit, Michigan.

His mother, Elizabeth Maxine, according to her Facebook page, worked in Michigan Psychological Center/Institue since January of 2018.

More to his family, he has a brother with the name Paul Hanvey who is a Michigan State University alum.

Brian Hanvey stands above 5 feet and 9 inches in height. Also most lately, he weighed below 81 Kgs or 179 lbs.

Naturally, he has light golden brown hair and a full-grown and trimmed beard of matching shades. His blue-greenish eyes add up to his fair, healthy complexion.

Brian Hanvey enjoyed a regular fan-following on his various profiles over, Twitter, Facebook, and Instagram. Especially on Facebook, he owned two separate accounts— one for his endeavors and the other one where he showcases his talents as a musician.

Singer and producer Brian Hanvey started his music career in the metalcore scene. He sang with various bands but eventually decided he wanted to bring about some big changes. He thus moved to Las Vegas to kick off a pop music career.

So far, Brian has only released two songs and one music video. Circa 2020, he released the single “No Trust”. The 2-min and 23-sec song can be streamed on Spotify.

Coming to his academic qualifications, he studied at Macomb Community College and went to Anchor Bay High School.

He is, however, yet to discuss more his career and early life, about his passion for music.

In the meantime, Brian Hanvey reportedly made under $100 thousand net worth.

Rumors and reports from many online magazines have it, in August of 2020, Brian Hanvey and Jess Caroline headed to his place in Michigan, to get married.

Until 16th September 2020, there were not any wedding photos up yet. This is believed to be the case because Caroline is still under a non-disclosure agreement with TLC until the end of her 90 Day Fiancé season. All episodes of the seasons are scheduled for later that fall. So, we might have to wait until then, to savor their wedding vows exchange. 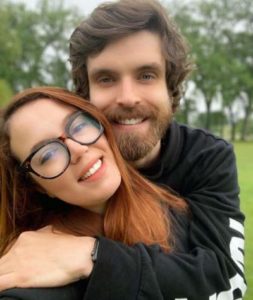 As proof though, Soapdirt.com revealed their Marriage License which was issued from the State of Michigan. Brian and Jess had applied for their marriage license on July 23 and got married on August 1.

The site further exposed that a friend of Brian’s had officiated the wedding and hosted the event at his home in Ferndale, Michigan. And Jess had at least one Brazilian friend fly in for her intimate wedding.

With this, some sources also claimed that Brian already applied to convert Jess’s F-1 student visa to a spousal visa so that she could stay, with him, in the States permanently.

Brian, now, writes on his Facebook page that he is been in a relationship with the Westchester Community College grad since March 29, 2020.

And, on occasion Brazillian Valentine’s Day on 12th June 2020, he publicly wished his Brazilian girlfriend a “Dia Dos Naorados”.

Looks like, it would be a while before he refers to his “babe” as his wife, in public.