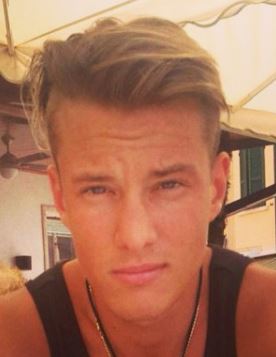 Paris Hilton’s Youtube documentary titled “This Is Paris” premiered on Sept 14, 2020. And there appeared her now ex-boyfriend, Aleks Novakovic getting into a heated argument; a few minutes before she was set to go on stage at Tomorrowland.

So who is Aleks Novakovic that brought out the fierce side of Paris, she never allowed the public to see before? Get to know all about him as this wiki on him continues.

Information on his birthday wasn’t found. Thus his zodiac couldn’t be established.

As for his hobby, Aleks is a music lover. He was seen in most of the EDM and music festivals.

In 2020, Aleks lived splitting his time between Las Vegas and Miami.

Aleks Novakovic was born in Germany and holds a Deutsch nationality.

Growing up in a country of one of the best soccer players, Aleks was interested in soccer since childhood. And despite being from Germany, he was a fan of Manchester United.

As Aleks reached 20 years of age, he started playing soccer for various smaller German outfits. On Jul 1, 2017, he was signed by FC Königsfeld for the 17/18 season. Being a right-footer, his favorable position was right midfield but he also played attacking midfield and left midfield.

As for Aleks’ family, they were supportive of his soccer career. More details on them will soon be updated.

Talking about his distinct features, Aleks has a ripped physique. Being a fitness model, he flaunted off several shirtless pictures over Instagram.

Also, he tattooed a few words over his right leg.

Aleks Novakovic’s net worth was estimated to be under $750 thousand in 2020.

Talking about his job, we already know that he was a formal soccer player. Apart from that, Aleks was involved in a clothing brand called “What’s the Minimum“. It sold expensive T-shirts, hoodies, sweatpants, and ballcaps.

Also, Aleks worked for an influencer marketing company called “Social Collab”. He was mentioned as “PRO” on the company’s website.

In 2020, he was more focused on being a social media influencer as he had a pretty good following.

Details on his education weren’t shared.

According to Paris, it was Aleks’ looks and personality that she fell for.

At the time, since Paris had just got out of engagement with her ex-fiance Chris Zylka, she wary of her new boyfriend. In the documentary “This Is Paris” Paris mentioned that she installed cameras in her house just to check on Aleks.

Looks like the trust between the pair was already faltering even before they started.

Now, coming to the final blow that split up the duo; it was the argument at Tomorrowland. Originally, Paris wanted the fight to be removed from the documentary but filmmakers wanted to show the world, a new side to Paris.

Over the documentary, Aleks was seen complaining about how his girlfriend, Paris didn’t give him enough time. In anger, he even dropped Paris’ computer in front of her and Paris couldn’t hold back either.

“You can’t just drop a computer before a set! The computer could break.”

Then Aleks stormed out of the room but Paris kept going. She labeled him as “psychotic” and said she was “sick of this”.

In 2020, Paris Hilton was seen with a new face, Carter Reum.

Clemson Tiger Athlete Trevor Lawrence turned heads when he started a COVID-19 fundraiser with his girlfriend...