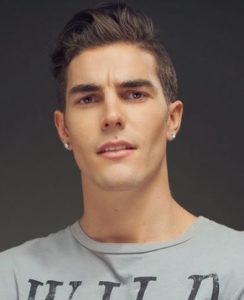 The second season of American reality TV program Love Island premiered on August 24, 2020, on CBS. The season was originally scheduled on May 21, but due to the COVID-19 pandemic in Fiji, production was postponed. And later it was announced that the show would be filmed at The Cromwell, a casino hotel on the Las Vegas Strip, in Las Vegas, Nevada.

Few days prior to its release, the initial “islanders” were revealed, and Bennett Sipes happened to be one of them, participating in the contest so as to win the $100K envelope.

Here’s what you need to know before you watch him on screen. This would still be a worthy read have you already tuned into the prior episodes.

On the 6th of June in 2020, Bennet Sipes celebrated his 26th birthday, with his friends and family. Being a Gemini, born on the 6th of June, Bennet is supposed to be empathic and generous by nature. This, to some extent, will surely be proven to Love Island Viewers in the days to come.

Moving on to his physical appearance, Bennett Snipes’s height is 6 feet and 1 inch, his waist, and hip sizes were 31 and 32 (in inches) respectively. Also, the dapper-looking man, of brown eyes and hair of similar shade, wore shoes with the size 12 (US).

Bennet, on his Twitter profile, describes himself as a Baltimore, Maryland “bred”. Also, he writes California as, probably his recent home. Looks like, he was, at the time of this writing, not that precise about his hometown.

Before his Love Island endeavors, circa 24th March in 2018, Bennet made headlines by getting involved in a physical, noisy quarrel with Kourtney Kardashian’s ex-boyfriend, Younes Bendjima, and others, outside the Delilah restaurant in West Hollywood, California.

This exchange, it is believed Drake and NFL star Odell Beckham Jr. watched from a safe distance.

According to TMZ, Bennett worked as a server at the “popular joint” at the time. But then, some other source also noted that on the day the fight took place, he was on leave.

Again, per TMZ, the situation got tense after Bennet headed over to the VIP area to “grab” his girlfriend, Sommer Ray. In doing so, he reportedly upset Odell and Drake.

Bennett had then made a remark while opening the backdoor for the stars, and Younes Bendjima started punching him.

Who Are Bennett Sipes Parents And Siblings?

Bennet Spies is very fond of his parents and siblings. Oftentimes, he confesses his feelings, towards his family, on his Instagram with 18.9K followers (until 23rd September 2020).

Bennet has two siblings whom he refers to as his “rocks🖤”. His older sister and best friend, Kat Sipes, is a Program Coordinator at Soccer Without Borders in Baltimore. She studied at Towson University and lived in Baltimore. 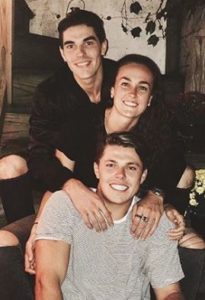 While his brother is named Grayson Sipes.

Bennet’s mother, Gerry Sipes, according to her LinkedIn, is a Property Manager at CRA Management, LLC in, most probably her hometown i.e. Baltimore in Maryland.

Meanwhile, at the moment, not much was known about his father, in his words “daddio” or “pops”. Although, one thing is for sure. Bennet shares a very close resemblance with his father.

What Is Bennett Sipes Net Worth?

Bennet Snipes, in his CBS profile, described his profession as an executive assistant from Los Angeles.

Further, the news reports on him, said he worked in the entertainment industry as an assistant but also has a career as an actor and model.

He has been long represented by the Select Models agency. He has pursued modeling for years.

At the time, his print career had not yet taken off.

It is apparent, he wished to come off more popular and successful, after Love Island.

Until the date, Bennett Sipes reportedly pulled in over $300K net worth. The digits on his salary were not yet revealed.

Until August of 2020, the average Executive Assistant salary in Maryland was estimated at $71K. The value typically ranged between $63K and $79K. But then, the important factors such as education, certifications, other skills, experience, always come into consideration when one is provided with a certain figure of a paycheque.

In the meantime, there must have been secondary incomes, adding to Bennett’s fortune from the mainstream job.

What Happened Between Him And Sommer Ray?

During an episode of Love Island, Bennett revealed that he and Sommer were living together for a while, back in the time.

They made one of their first public appearances in February 2018.

Sommer is the daughter of prominent bodybuilding competitor and Instagram influencer Shannon Ray. She entertained more than 25.5M followers on Instagram and a million and counting subscribers on YouTube.

So far the released episodes in Love Island, Sommer is the only ex-girlfriend Bennett has spoken of.

At the moment, it was believed that Bennett and Sommer broke up at some point in 2018. And, it is still uncertain, if they also had a history, the previous year.

Based on Bennett’s story, it was a serious relationship, and the breakup likely involved some major drama.

Clearly, Bennett Sipes arrived looking for a love connection in the show. He had his sights set on Kierstan Saulter even before he entered the villa. He had reasoned her confidence, sense of self, and stellar looks, to have caused this attraction towards her.

Not to mention, as he came to the villa, the women were all pleasantly surprised by his good looks. Kierstan, who struggled to find a connection in the villa after Carrington Rodriguez friend-zoned her, had then said that she felt an instant attraction to Bennett.

Then, as the show proceeded, Bennett faced a difficult situation in winning over a girl before recoupling. But then, the audience also felt that he actually roused the interest of not just Kierstan but also Moira Tumas.

Like Kierstan, Moira is also seeking a meaningful connection in the villa, ending relationships only a few days after they’ve developed.

Moira, they say, has a pattern of going after the same men Kierstan shows interest in. This may just be a coincidence or the forthcoming episode might just see her as Bennett’s girlfriend; only time will tell.