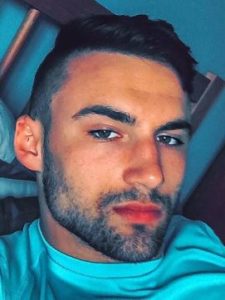 Love Island USA came with a fresh new season with 13 new contestants with diverse attributes to find recognition, riches, and relationship. And among the men who debuted on the show, Connor Trott arrived as a contestant with both brain and brawn.

What’s more, Connor wished to find the same quality in his partner in the show. To learn more about his family background and career, delve into this wiki article as it also explores if he is gay or not.

A Cancer as per zodiac sign, Connor inherited qualities such as sensitivity, intuitive, loyal, and protective. In short, he possessed everything going on that it takes to win the show.

Connor Trott was born to his anonymous father and his mother Valerie Trott Williams in Pittsburgh, Pennsylvania.

As his social media post suggested, Connor’s parents got divorced and his mother went on to get married to John P Williams in July of 2004.

But even after his parents parted ways, Connor appears to stay on good terms with both of his folks. Both his parents are featured on his social media accounts on several occasions.

Talking about his siblings, Connor Trott has a sister named Tori Trott. Moreover, he also has two half-siblings, a brother and a sister, from his mother’s side. As it appears, he loves them very much and spends a lot of time together with them.

Moreover, the gym-nut has built quite an impressive physique that can intimidate any man. Plus, as handsome as he is, the whole physical appearance makes him look like a model rather than a TV reality star.

Moreover, Connor is also on Facebook where he posts occasionally regularly.

Connor Trott attended Pine-Richland High School and graduated in 2015. Following graduation, he enrolled at Duquesne University. He graduated from the same with a bachelor’s degree in Science and Business Administration majoring in accounting.

Immediately after graduation, he pursued his master’s degree in accounting and graduated in 2020.

But even before Connor Trott graduated from college, he joined Dairy Queen to work as a Food Service Specialist. Following that, he started working a job in McGinnis Sisters Special Food Stores as an Inventory Specialist up until September of 2014.

After Leaving DU, he went on to work in UPMC, Ernst & Young, Deloitte where he worked as an Audit Intern.

As of August of 2020, Connor was still working in GNC as a Sales Associate which he had landed in October of 2016.

As Connor Trott’s CBS profile stated, he gets most of his dates from Instagram DMs, which is believable on his part. As anyone can tell, he a non-resistible for a man with a body of Greek Gods.

So one could only imagine what his DMs looked like in reality. Plus this fact alone suggested that he had been on plenty of dates with his past girlfriends. But since Connor arrived in CBS’s Love Island, he was looking for something serious.

As Connor Trott listed out on the profile, his desirable the other half should be smart and beautiful. So, we have to wait and see who checks off all the qualities and becomes his love of life if not his wife.

And to cut to the chase, no, Connor is not gay.

During her “Love Island” stint, Connor Trott enjoyed an undeniable connection with her co-star, Mackenzie Dipman. Although the pair didn’t leave the villa together, they rekindled their fame after he called Mackenzie up.

By January 2021, Connor and her boyfriend, Mackenzie were practicing a long-distance relationship. At the time, the couple opened up about the difficulties they were facing as a result.