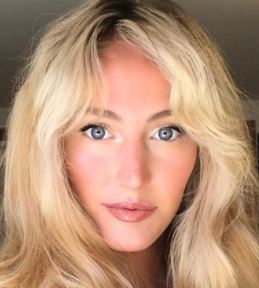 This article concerns the wikis and life chronicle of Moira Tumas, her search for love, and her profession.

Moira Tumas was born on 1 March 1992. She had just celebrated her birthday and turned 28 years of age before her show Love Island was set to premiere in May 2020. The show was later postponed, but more about that later.

Moira Tumas was born to parents, Jack and Mary Tumas, who were of American nationality and white Caucasian ethnicity. Her hometown was Brielle, New Jersey.

While growing up in Brielle, Moira had two siblings: a brother called Ben Tumas and a sister called Jacqueline Tumas.

Now lets come to the interesting wikis, i.e. about her sizzling measurements. Moira Tumas stands tall at the height of 5 ft 7 inches.

Among her distinct features were her exotic blue eyes, shiny blond hair.

Moira had a decent presence in social media, especially on Instagram, where her presence was most significant of all social media sites. On Instagram, he had earned 16.2k followers with 134 posts by late-Aug 2020. That number was considerably low just a few months before but the rise of her fame on Instagram was quite significant.

For her high school education, Moira Tumas attended Manasquan High School in New Jersey. Later for college education, she went to Fashion Insititute of Technology where she studied, applied sciences, and communication design.

Among her job credentials are waiting in restaurants, modeling, marketing, receptionist. One of her first jobs was as a sales associate for Mint Market in Hoboken, New Jersey. Moira also worked as a medical receptionist for Tumas Chiropractic Center in Brielle, and as social media and marketing intern for Tarte Cosmetics.

Once Moira Tumas had also worked as a part-time waiter for Grand Vin in Hoboken. However, her most significant job before going to Love Island was as a model for Shopping Channel.

In 2020, she was cast as one of the “islanders” in CBS‘s reality TV series Love Island. Moira, like all the other “islanders”, was there to find her true love.

The show was first set to premiere in May of 2020. However, due to the COVID19 pandemic, the release was delayed. The show later started to air from 24 August. By the time this article was written, six episodes had been released and only one participant was “dumped”. Moira was going great with her partner James McCool.

From what Moira Tumas had released about her past dating life before beginning the Love Island, she was in an eight-year-long relationship with her ex-boyfriend, whose name she did not disclose.

She had to end the eight-year-long relationship because her ex-boyfriend was not ready to settle down while Moira desperately wanted to get married. Then, to find her future husband, she joined Love Island. Her first partner in the Love Island was James McCool.

It was clear from her statements that she was looking not only for a next boyfriend but for a potential future husband.