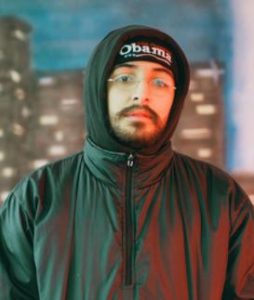 The American-Puerto Rican rapper and jazz composer, Gio Escobar made it back to the news in Nov 2020. But this time it wasn’t for his music, rather he was in the spotlight as the new boyfriend of Beyonce’s younger sister, Solange Knowles.

Since Solange was private about her dating life, letting the fans know about Gio came as a big reveal. And as everyone was curious about her new “boo”, we have prepared a short wiki to let them in on the insides of him.

Here is everything you need to know about Gio Escobar.

Gio Escobar was 24 years of age in 2020. That made him 10 years younger than his girlfriend, Solange Knowles.

Unfortunately, Gio’s birthday wasn’t revealed. Thus, his zodiac could be established either. But just in case you want to know, Solange celebrates her birthday on June 24 and is of the Cancer zodiac.

From Brooklyn, New York, Gio Escobar’s real name is Giovanni Cortez. But he also is recognized through his monikers as “Shamel Cee Mystery, Shamel of SOTC, Demarcus.”

As for his ethnicity, Gio is American/Puerto Rican.

Information about his family wasn’t shared.

In light of his education, Gio attended NYC’s New School and studied journalism and jazz, shaping his analytical and technical foundation. Reportedly, he was a 2017 graduate.

Mentioning his distinct features, Gio loved to put his hair into braids and put a hat over it. Also, he rocked his Lennon glasses and those light beard.

As of November 2020, Gio Escobar entertained 16.4K followers over Instagram @standing_on_the_corner. Also, he had kept his account private then.

Find him and his band over Youtube @standing on the corner 120o art ensemble with 1.79K subscribers.

Gio Escobar Job, Net Worth, Standing On The Corner

Talking about his job, Gio Escobar is a rapper, songwriter, and radio show host. He was a primary vocalist and songwriter of Brooklyn, New York-based experimental hip hop group Standing on the Corner.

His band, Standing on the Corner claimed that have a “serious reverence for and understanding of the past.” They have released albums like Red Burns, Tower, and a few singles. Also, they sold the band merch as well.

Gio founded the band after he brought some demos he was working on to producer Jasper Marsalis, and they released their self-titled debut in 2016.

Reportedly, Gio and Jasper first met at a party, and Jasper shared that he disliked Gio at first. However, the duo later grew to be close friends and went on to live together for years at their Crown Heights, Brooklyn apartment.

According to Pitchfork, Gio was the more talkative of the two, but only slightly so. They listened when the other spoke and never interrupted each other.

Furthermore, Gio credited YouTube for his musical discovery. In his words,

“When I was 15, the inception of my digging was definitely YouTube. Just going down wormholes. I would buy records too, but YouTube formed a lot of what I like.”

Also, Gio believed that music should deliver “its truth.” His view about music sampling was to “channel and trigger” subjects that advanced our vision, and in doing so they should keep its dignity as well.

As a radio jockey, Gio co-hosted the radio show Stay Inside with Earl Sweatshirt from 2017 for almost a year.

From us – Antony Blinken Net Worth, Father, Height, Religion

Gio Escobar & Solange: Dating, How Did They Meet?

Gio Escobar and Solange Knowles started dating in late 2020. Though the duo didn’t publicly confess their love then, it was a source close to Solange that told Page Six about their romance.

Also, it wasn’t shared how Gio and Solange exactly met. Gio appeared out of nowhere over Solange’s Instagram in Nov 2020. However, fans believed that it might be their profession that bought them closer.

Previously, Solange was married to the music video director Alan Ferguson for five years, before splitting in 2019. Rumors had that Solange had an affair with her manager, John Bogaard that broke up her marriage. To which, Solange strongly denied the allegation and claimed that her decision to split was a “physical and spiritual transition.”