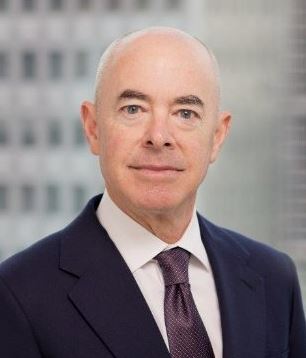 President Joe Biden’s first major cabinet choices are out and chosen to lead the Department of Homeland Security was our star for the article, Alejandro Mayorkas.

Also, Alejandro would be the first Latino to head the Department of Homeland Security. He previously worked under Obama as the director of the U.S. Citizenship and Immigration Services.

Here is everything you need to know about Alejandro Mayorkas’s personal life.

Corresponding to his birthday, Alejandro is of the Scorpio zodiac.

Alejandro Mayorkas was born to Jewish parents in Havana, Cuba. But his family immigrated to the US and resided in LA when Alejandro was just an infant.

“I come from a tradition of a lack of security instilled in me as a very young person.”

And this was also one of the reasons Biden was hopeful that Alejandro would be the best at his job at the Department of Homeland Security. Speaking about his appointment, Alejandro took it to his Twitter to share,

“When I was very young, the United States provided my family and me a place of refuge. Now, I have been nominated to by the DHS secretary and oversee the protection of all Americans and those who flee persecution in search of a better life for themselves and their loved ones.”

Also, people were hopeful that Alejandro Mayorkas’s new policy will make their world a better place. Julián Castro, a former secretary of housing during the Obama administration, claimed that Alejandro was “well suited to undo Trump’s damage and build a more compassionate and common-sense immigration agenda.”

The new head of the Department of Homeland Security, Alejandro Mayorkas stands tall at a height of 5 feet 11 inches (180.34 cm).

Yes, find Alejandro Mayorkas over Twitter @AliMayorkas. He had 49.5K followers as of November 2020.

So, Alejandro’s new immigration policies might include removal of “collateral arrests,” which are apprehensions of immigrants who are not the target of U.S. Immigration and Customs Enforcement (ICE) operations but are harassed just because they are in the country without legal papers.

Also, Trump’s administration reshaped immigration policies through more than 400 major and minor policy changes. So, we are sure to see a lot of hassle there are well.

With a bachelor’s degree from UC Berkeley and a law degree from Loyola Law School, Alejandro ventured into the world of law enforcement. He has over 30 years of experience as a lawyer in the governmental and private sectors.

From 2013 to 2016, Alejandro worked as the deputy DHS secretary in the Obama-Biden Administration. Also, he was the director of U.S. Citizenship and Immigration Services from 2009 to 2013.

And after his stint in the Obama administration, Mayorkas joined the international law firm WilmerHale. He worked as a counselor and litigator for companies facing their most significant and sensitive matters.

According to NBC Los Angeles, some of his feats include: helping convict the “Hollywood Madam” Heidi Fleiss, the prosecution of a few Mexican Mafia members in death penalty proceedings, the prosecution of Buford O. Furrow Jr. for the murder and shooting of children at the Los Angeles Jewish Community Center, the prosecution of Litton Industries for the payment of bribes abroad, and the takedown of the violent 18th Street gang using racketeering laws.

Trivia: During his early education at Beverly Hills High School, Mayorkas was a co-captain of the tennis team and president of his junior class.

If you didn’t know, Alejandro was also an adjunct professor and lecturer at different law schools.

While Alejandro Mayorkas might look like a buried governmental officer, he did find time for his family. Over Twitter, he uploaded a cover photo alongside his mother, beautiful wife, and two kids.

Alejandro was married to the love of his life Tanya for years in 2020. They have two beautiful daughters named Giselle and Amelia. Though Alejandro didn’t share much about his wife and kids, we believe that he was a good husband and a father.

Taking one look at Alejandro’s wife Tanya’s Twitter,  we could see that she was also interested in politics. She had a lot of retweets of her husband, Mr.Biden, Hilary Clinton, and more. So, it is safe to say that Tanya was a democrat as well.

“Contributing to the greater good, loving family + friends, and spending time in nature give my life meaning + joy”