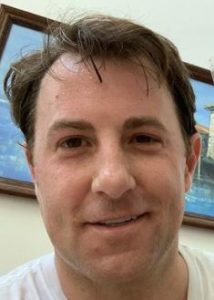 Todd Piro is the host, anchor, and correspondent at Fox News. He appears every morning on Fox and Friends First. However, in 2020, he was absent from the show. Fans were concerned but Todd had a very good reason to miss out on his job.

Read the article to know about why he was missing his job, as well as learn more about him, and find interesting wikis.

Having his birthday on the 28th of March, his zodiac sign was Aries.

Todd Piro was born to parents Marianne L. Piro and Peter A. Piro. His mother was from Nutley, New Jersey but lived in Belmar, New Jersey. Once upon a time, Todd’s mother had clicked a picture with the famous American talk show host Regis Philbin. Not much was known about his father.

Todd was also close to his grandmother Jean. His grandfather had died when his grandmother was only in her early 40s. Since then, she raised Todd’s father and his aunt on her own. She also went on to get her own degree in Math. Grandmother Jean passed away at the age of 99 in 2020.

Both of his grandparents from his mother’s side were also dead. His maternal grandfather was a military veteran and he died in 2010.

Among Todd’s known siblings was his younger brother named Scott Piro. Scott was 39 years of age and lived in Lincroft, New Jersey.

Todd Piro is a man of average height, standing at a height of 5 ft 10 inches. He was, however, a man of heavy built, weighting over 83 kgs.

About distinctive features, it was hard to go past Todd’s heavyset stature. He had broad shoulders and wide jaws and chins. He also had a receding hairline, with black hair, which he combed backward sleekly.

Recently, i.e. in November of 2020, Todd Piro was absent from his show Fox & Friends First. That led to many people speculating that Todd had left Fox News. Well, it turned out Todd was not really leaving Fox News.

Towards early November, he had tested positive for coronavirus and he was in quarantine since then. Furthermore, on November 22, Todd’s wife gave birth to their first child. So, he was going to take a further few weeks to return to Fox News.

But he was definitely going to return to the show soon.

Later, for his graduate education, he went to the University of California, Los Angeles – School of Law and got his JD degree in 2003.

Todd practiced law a while after his graduation. He worked as an associate for Hughes Hubbard & Reed for over 4 years. He also taught in California Desert Trial Academy College of Law for over a year.

Slowly, he changed his focus from law to media and journalism. At first, he worked for KPSP Local 2 as an anchor and reporter in California. Then, he went on to work for NBC Connecticut and occasionally appeared on NBC News as a fill-in anchor.

In 2017, he started to work for Fox News as a host as well as a correspondent. Todd was still working for Fox News. Sources on the internet said that the average salary for a Fox News anchor was $75k.

He also had a Facebook page, in which he had 7.2k likes and a few more followers.

Todd Piro met his wife Amanda Russ sometime between 2012 and 2014 when both of them were working for NBC Connecticut. At that time, Todd was working as a morning news anchor and his wife was a reporter and anchor.

According to Todd, he knew Amanda was the one the day he met her. The couple started dating a few months later. Their first date was the Dartmouth–Yale football game, followed by a dinner. And they have been together ever since.

Todd’s wife is also a highly qualified journalist, who had attended Syracuse University and got an MBA from Quinnipiac University. As of November 2020, she was 37 years of age. Currently, she was working as a news anchor for Fox 61 in Connecticut.

They married each other on 12 June 2015. On the same date 2020, they celebrated their 5th wedding anniversary. 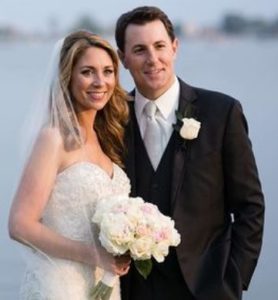 Todd Piro posted a wedding photo of him and his wife on the day of their fifth marriage anniversary circa June 2020 (PC: Todd’s IG)

And not even 6 months later, on 22 November 2020, they had had their first baby, a daughter they named McKenna.