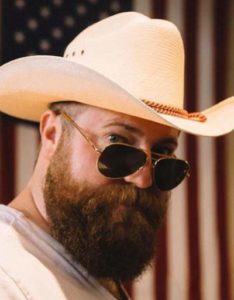 Marketing, renovation, and fine woodworking expert Ben Napier is a common household name among those who are addicted to home renovation TV shows.

Together, with his real-life partner and business partner, Erin Napier. he has been hosting the HGTV TV series Home Town since January 2016.

Here’s everything you need to know about Ben– his career, and life in and outside of the show.

Ben Napier grew up celebrating his birthday every year on 24th September. So, it’s a fact that his zodiac sign is Libra. Also, in September 2020, he turned 37 years of age.

On Father’s Day, Ben Napier shared, with his fans, a sweet memory of his dad. “My parents are both ministers, and my mom and dad baptized my firstborn on Father’s Day”.

Ben’s dad had emergency bypass surgery in 2014, which is one of many reasons Ben started taking care of his own health.

While the name of his father is Wayne Napier, we know his mother goes around with the name Bennie Napier.

For siblings, Ben Napier has three brothers, Ton, Sam, and Jesse. One can peek into his family moments, now and then, on social media.

Ben Napier stands to a height of 6 feet and 6 inches and is known as “Big” to his wife and co-star, Erin.

Fans used to seeing Ben in his “largely build” physique in the earlier season of the show, were surprised to see him a bit or noticeably slimmer. Ever since viewers have always kept a tab on his weight loss and health.

Ben’s weight, has also been discussed in the couple’s one of many books i.e. Make Something Good Today.

Ben started exercising fairly regularly about nine years ago. But, following the birth of his kid, he became more serious about his health. “Having Helen made me want to be healthier so I could be around a lot longer and see her grow up and see her whole life”, he had explained. Also, Ben reasoned his maternal grandfather’s death because of a stroke and both his father and his paternal grandfather’s open-heart surgeries.

Over the course, Ben Napier lost over 90 lbs, a special thanks to cutting carbs and calories, intermittent fasting, and the combination of cardio and weight training. Every morning, he gets up at 4:30 and plays basketball in the backyard.

While Erin has always been very proud of her husband’s health journey, she said, a year before, that she still wanted him to stay “Big”, simply because she liked how she felt so small and taken care of.

Further, on Twitter, where he describes himself as a mechanic, craftsman, methodist, husband, and artist, he had 43.3K followers.

Also, the Home Town official account on Facebook was tuned in, daily, by more than 212K people.

Together, Ben Napier and his wife pulled in a reported net worth of $5 million.

By Fall 2020, season five of the Home Town was in the works. So, the news had been official that when we could expect to see the power couple Ben Napier and Erin Napier in the new episodes of the show sometime in 2021. And, although the precise release date was not out yet, it was speculated to be around January, judging from the patterns HGTV launched its previous seasons.

Outside of the TV show, Ben and Erin continued to run their businesses, Laurel Mercantile and Scotsman General Store & Woodshop. They merch heirloom wares and durable goods made in the U.S.A, adding to their predicted $5 and more net worth.

As per his LinkedIn, Ben has been the President at Napier Woodworks, since the company’s opening in July 2019.

Regarding education, the wood products wholesaler studied B.A. in History from the University of Mississippi between 2005 and 2007.

Ben Napier and met his long-time partner, Erin Napier while they were students at Ole Miss. They got married, later on, 22nd November in 2008 when Erin was 23 and Ben was 25. Although we do not know when exactly the two started dating.

While something very beautiful had happened when Ben asked Erin for marriage. A year before the wedding, a friend handed Erin a leather-bound book, at a bookstore and told her it was about college sweethearts. And soon after Erin read the book, she realized it was about her and Ben’s love story — written by Ben himself.

Together, they welcomed a daughter, Helen Napier, born in January of 2018.

Helen came as a blessing to the couple’s life because for a while Erin thought children weren’t possible for her after she was diagnosed with a perforated appendix.

Both Ben and Erin are head over heels about their young girl, and cannot stop sharing adorable pictures of her on their social media. 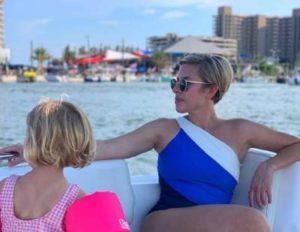 Now and then, Ben writes loving words for his wife and daughter on his Instagram.

The three Napiers made just a perfect, enviable family. And as if it wasn’t enough, the family received another good news. In April 2021, Ben and Erin revealed they were expecting their second child, another daughter. The couple also shared that their secondborn would arrive in May.

Erin gave birth to their second bundle of joy, another daughter, on 28th May 2021. They named their baby Mae Napier after her beloved Aunt Mae. According to PEOPLE, baby Mae weighed  7 lbs. 1 oz., and measured 19.5 inches.

We all remember Erin Napier as the co-host of the American television series Home Town, also starring her...