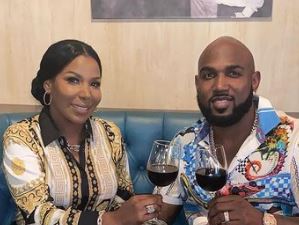 Domestic violence has always been a persistent problem. And just when we thought the world was getting better, we get to hear news like the Atlanta Braves outfielder Marcell Ozuna arrested and charged with aggravated assault against his wife, Genesis Guzman.

So, what happened? Learn about it at the end of this Genesis Guzman wiki. But on the way, you’ll be learning a whole lot about Genesis Guzman’s personal life.

Genesis Guzman was reportedly born in 1997. That made her 24 years of age in 2021 when she was assaulted by her husband Marcell Ozuna.

She is wished for her birthday on 8th of May.

Though things turned out for the worst, Marcell did seem to have loved her, and he proved it by often wishing her happy birthday with long words of love. However, Marcell didn’t wish Genesis on her 2021 birthday.

Over his 2019 birthday wish to Genesis, he wrote,

“TODAY I APPLAUD THE WOMAN WHO STEALS MY SMILES, GIVES ME JOY, INSPIRES ME WITH CONFIDENCE AND FILLS ME WITH LOVE. HAPPY DAY OF YOUR BIRTHDAY.” (translated from Spanish)

Genesis Guzman was born in Boca Chica, Dominican Republic, making her of the Dominican nationality.

Growing up in her hometown, Genesis never lacked a friend because her sister Yessenia Guzman was always there. Even as they grew up, the two stayed closer. The last we saw them was on a vacation in 2018.

Also, Genesis’s cousin, Leuddy Batista Cardenas was another member of the family close to her.

As of May 2021, Genesis flaunted 49.4K and 7.9K followers over her Instagram @genesisdeozuna and @genesisozuna_1 respectively.

Genesis Guzman is one of the wealthier wives in the town. Her net worth was over $10 million in 2021. Surprised with the number? Well, Marcell Ozuna had just signed a 4 year / $65 million contract with the Atlanta Braves then. Reportedly, he received a $16 million yearly salary. Do the rest of the math yourselves.

But apart from what’s added from her husband’s earning, Genesis did reel in quite a few bucks herself. Back in 2014, she mentioned that she was working at the Diageo, but didn’t share the details about her job.

In light of her education, Genesis graduated from Liceo Hilda in 2005 and went on to join the Unicaribe University.

Did you know: Genesis is a philanthropist. In 2021, she was featured on the cover of an international magazine that has worked on the empowerment of women, for her work with her foundation Geymar Helping.

Genesis Guzman started dating Marcell Ozuna at least before 2011 and the two went on to get married in May 2017. Reportedly, their wedding was a small private ceremony, held in the Dominican Republic.

On December 21, 2020, Marcell commemorated their dating anniversary taking to his IG with their celebration picture. He wrote,

Talking about their children, Genesis and Marcell share two sons (4 and 6 years old in 2021) and a daughter. The kids shared a joint account @ozunakids 13 over IG which garnered 1.4K followers as of 2021. Also, the two elder kids — Yolgeissy Ozuna, and Genesis De Ozuna were given private accounts as well. (Yolgeissy celebrates her birthday on May 4, and Genesis celebrates his on October 23.)

Trivia: During Genesis’s pregnancy with her kid, she had some complications had to be rushed o the hospital in an ambulance soon after.

Back in 2020, Genesis Guzman was arrested for misdemeanor battery against her husband Marcell Ozuna. Yes, you heard it right!

Reportedly, the arrest came after a two-week police investigation into an alleged attack on the Atlanta Braves outfielder. It seems that Genesis had hit Marcell on the face with a soap dish causing a “small laceration”.

However, she pleaded not guilty to the charge. The court later ordered her to stay away from Marcell.

Unfortunately, exactly a year later, the crime was repeated but it was Marcell this time. Police witnessed the Atlanta Braves player “grabbing the victim by the neck and throwing her against a wall,” identifying the victim as his wife. He was then booked at Fulton County Jail and also the MLB’s Department of Investigations was starting an investigation into the matter.

After the incident, Atlanta Braves shared a statement on Twitter,

“We learned of Marcell Ozuna’s arrest earlier this evening and immediately informed the Commissioner’s Office. The Braves fully support Major League Baseball’s policy on domestic violence which stresses to the fullest that our society cannot and will not tolerate domestic violence in any form. Until the investigation is completed, we will have no further comment.”