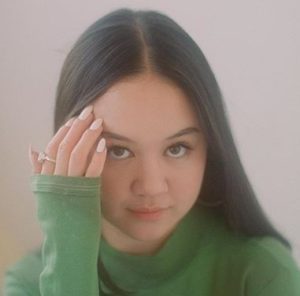 Countless people go on playing the supporting role in TV for years, but Amalia Yoo, who has never had any TV experience, is off to a great start playing the main character in the new Netflix‘s show Grand Army.

Grand Army, based on the play Katie Cappiello’s Slut: The Play, centers around a group of high school students in New York City and tackles issues of racism and sexuality in modern society. The show premiered on Netflix on October 16, 2020, and Amalia plays Leila Kwan Zimmer, a high school student from the Upper West Side, in the show.

This article explores the life of emerging actress Amalia Yoo. From Amalia’s general wikis to net worth and dating life, this article covers everything you wanted to know about Amalia.

Amalia was born in the year 2002, which means her age is 18, as of October 2020. The fact that she just turned 18 means that she recently got her rights to vote.

Ever since she was born, she’s been celebrating her birthday on the 26th of June. Furthermore, her zodiac sign is Cancer.

Amalia Yoo was born and raised in her hometown, which is New York City, US. Amalia’s full name is Amalia Emma Lola Yoo; her ethnicity is mixed.

Amalia’s parents are from different ethnic backgrounds. Her father is Korean whereas her mother is Puerto Rican. Growing up, Amalia’s parents were always supportive of her desire to pursue an acting career.

In fact, Amalia’s parents were with her in Toronto during the filming of the Grand Army. Sometimes, Amalia’s dad would cook delicious food for the cast and her mom would play the music of Chaka Khan while the entire crew would sit down to eat the food.

Amalia maintains a cordial relationship with her family. She has mentioned her mom, dad, and grandma in her IG handle in the past. 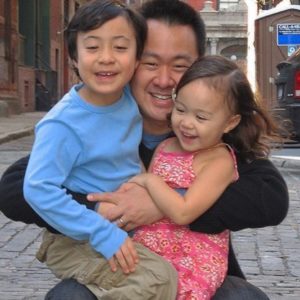 Amalia with her dad and her brother.

Amalia has one brother, at least, as her only sibling. Coincidentally, both her brother and dad’s birthdays fall on the same day.

Coming to Amalia Yoo’s physical attributes, she stands at an average height of 5 feet 4 inches (1.63 meters) and weighs 52 kilograms. Furthermore, she boasts appealing measurements of 35-24-35 inches.

Amalia has a decent social media reach as of October 2020. However, her social handles will surely have a boost once the Grand Army reaches a wider audience.

Amalia got a career every aspiring actor would want to have and she has proved at every point how worthy of this career she is. In the Grand Army, Amalia portrayed the role of Leila incredibly and it would be no surprise if Amalia places roles in bigger movies and TV shows in the future.

Grand Army might be Amalia’s first TV role, but she’s had acting experience before in the theatres. She traveled across the United States playing Joey in Katie Cappiello’s SLUT: The Play. She also played Eve in the play titled A Day In The Life.

Amalia Yoo has earned bulks of money at the young age of 18. As of October 2020, her net worth is roughly around $150 thousand. As she grows up, it’s pretty sure the figures in her bank would rise too.

Amalia Yoo seemed to be single as of this writing. There was no hint of Amalia dating anyone in any of her social handles.

That being said, Amalia just turned 18 in 2020. Therefore, she’s got plenty of time ahead in her life for finding a perfect boyfriend for herself.