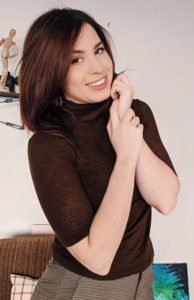 Anisa Jomha is an American online streamer and YouTuber best known among the online gaming community. Like her beau iDubbbz AKA Ian Carter, she gained prominence for her vlogs and online games.

This wiki-style article brings details on the professional and personal escapades of beloved streamer Anisa Jomha. So scroll down as the details unfold.

Anisa Jomha celebrated her 26th birthday on 25 June 2019. She was born to Maureen Jomha, her Irish Catholic mother, and her Lebanese Muslim father in 1993.

Furthermore, Anisa resides in California, the United States as of March 2020. She was born in Edmonton, Alberta, Canada.

The famous streamer holds Canadian nationality. She went to and graduated from Harry Ainlay High School. Following that, she joined the University of Alberta and earned her Bachelor’s degree in fine and studio Arts in 2014.

Anisa Jomha’s joy of belonging to a household with mixed ethnicity is often displayed in her social media handles. On 29 July 2018, she tweeted about her rich heritage which read,

I like being mixed. I’m a whole bag of culture and it’s cool knowing my Lebanese Muslim dad and Irish catholic mom loved each other so much they said “heck you parents we are getting married anyways” If they didn’t love past race and religion I wouldn’t be here.Yay for that

Ge\\Ger Catholic Christian mother converted to a Muslim when she decided to tie the knots with her now-husband. Both Anisa and her siblings — Muhammad Jomha and Iman Jomha — were raised by their parents with the Islamic teachings.

In one of her videos, she confronted one of her worst fear while revealing to her Muslim-devotee father that she had never believed in being blindly-faithful to one particular teaching and faith.

Like the way Anisa must’ve imagined the aftermath of the conversation would be, her father wasn’t very fond of her belief system.

But considering how much he frequents Anisa’s vlogs, we can safely say the duo has found a common ground and came to an understanding.

His tendency to forgot things once had his family freaked out in June of 2019. He went out of his home for some reason but lost his way back home.

With Anisa’s dad missing for almost 7 hours, she made a quick announcement to help find her father if anyone sees him.

One of her Twitter followers saw the tweet and fortunately recognized and found him, and assisted him on the way back home.

Anisa set off her career as a streamer back in 2015 under the name Raidnbowkidz. She streamed the gameplay of League of Legends. But she changed the name of the channel and made it eponymous.

The game streamer is described as “boobie streamer,” a term used to describe female streamers with a very provocative style of clothing. The term is very famous among the members of the Twitch community.

Her bold dressing sense earned her recognition from both sides of the spectrum of attention.

The diminishing, immoral, and abusive comments from other Twitch users prompted her mother to step to moderate the stream though she was handling her situation pretty well.

Besides streaming, Anisa started a YouTube channel based on her name in 2015.

As of March 2020, she has posted 92 videos on the channel and garnered over 107K subscribers. And as for her Twitch Channel, she has stacked 225K+ subscribers.

While Anisa was in high school, she was heavily involved in sports. She played ice-hockey and lacrosse. She inherited her love of lacrosse from her father, as he and his brother used to play the game when they were young.

Being a skilled player of lacrosse, she also held the job of the instructor of the game. She did some waitressing gig and a saleswoman gig at a local store in her hometown in Edmonton.

How Anisa Jomha and iDubbbz met each other is parallel to romantic flicks. 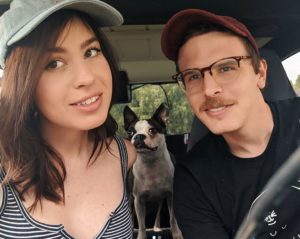 The story goes: Anisa had attended Twitch Con in San Diego but booked a day extra while others left as soon as the event was done with.

She was in her hotel room miserable, while she stumbled on the iDubbbz tweeting spree. Anisa tweeted back asking him to save her from the mundane day she was having.

Like a prince as a knight in shining armor, iDubbbz swerved around the hotel she was in and took her away for tacos. That day, they ended up conversing for almost 4 hours.

She enjoyed talking with him, so the conversation carried on even after she went back home to Canada.

The relationship took a huge stride when Anisa decided to pack and leave Canada to be with her husband-prospect in California, the United States.

The relationship flourished even more but unfortunately, she had to move back to Canada as it was around the same time her father was diagnosed with Alzheimer’s.

Many believed the long-distance killed their relationship and they were no longer dating each other. But on 28 February 2020, Anisa posted a picture of the two dismantlings the rumors of their split.

Taking into consideration how hard Anisa Jomha and Ian Carter (iDubbbz) are working to save their relationship, the couple has a huge prospect of getting engaged and be man and wife after getting married.

The couple has already established themselves as a streaming power-couple, whom we wish to see more from.