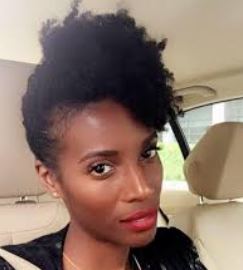 A multi-hyphenated personnel, Zainab Johnson shot to international limelight as one of the three hosts of the Netflix’s 2020 documentary project “100 Humans.”

Per the premise of the documentary, 100 humans — with diverse backgrounds — would engage in a wide array of sociological experiments for the viewers’ musings.

“We’re going to find out the ugly truth today. 100 human beings place themselves at the mercy of us on a mission to answer questions we all have about human behavior,” teased the trailer of “100 Humans.”

Keen on finding about Zainab’s family background, wiki and biography? Well, read until the end and get familiar with her married status, net worth and height.

Zainab Johnson is aging like a fine wine. Admittedly, people of her age group looked much older than the stand-up comic.

Although Zainab was in her 30s by 2020, she appeared like someone who touched her mid-20s. Fans eagerly waited to drop her skincare routine.

In terms of Zodiac sign, Zainab is an Aries. She celebrated her birthday on the 23rd of March every calendar year. Ayesha Curry is her B-Day buddy.

Zainab Johnson’s upbringing was anything but conventional. Raised in Harlem, New York, she was one of her parents’ 13 children. Her family’s origin can be traced as far back to Somalia and Ethiopia.

Together with her 12 siblings, Zainab grew up a devout Muslim. Upon entering the teenage years, she stopped covering up herself and began exploring the world.

Zainab’s faith in Islam was restored when she was hit by a drunk driver. At the time, she was only 17 and visiting a friend in Atlanta. While recovering from the accident, she did a lot of soul searching.

Fulfilling her parents’ dream, Zainab completed her college with a Math degree. As a University student, she took an elective course on the history of religion.

After her father’s death, Zainab quit her teaching job and pursued “a different calling.” Watching a friend move to LA inspired her.

Zainab Johnson’s showbiz career took off around 2014. That year, she performed on NBC’s “Last Comic Standing,” BET’s “Comic View.” Additionally, “Montreal Just For Laughs” named her one of the 2014 New Faces of Comedy.

In 2017, Zainab appeared on HBO’s “All Def Comedy.” A year later, she performed at the “Melbourne Comedy Festival.”

A regular at the Comedy Cellar in NY and the Improv Comedy Club in LA, Zainab made the coveted Variety’s Top 10 Comics To Watch in 2019.

According to Zainab, she discovered her niche in comedy early on. The realization helped her explore other avenues including writing and acting.

Coming to Zainab’s filmography, she made her TV debut in 2011 with “Lbs.” Her subsequent TV shows were “Private Practice,” “Get Your Life,” “American Koko,” “Avant-Guardians,” “Cash Lift,” “Upload” and “East of La Brea.”

Moving onto her performances on movies, Zainab garners acting credits on projects like “Cuffing Season,” “The Instant Messenger Mission” and “Fred Unplugged.”

Just like most of her peers, Zainab Johnson is very active on social media. Whether it is to promote her work or to connect with the fans, she keeps a solid online presence.

By March 2020, Zainab had collected 25.9k Instagram followers. Meanwhile, her followers count on Twitter stood at the respectable 6.7k. Elsewhere on FB, some 100k people had like her profile. 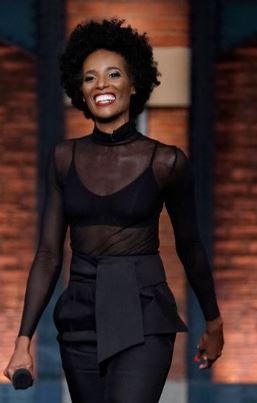 Be it afro or dreads or bald head, Zainab pulls off every look effortlessly. Her 59 kg weight is of immense help — in that, she can put on every garment in the closest and kill it without breaking a sweat.

Every one of her Zainab Johnson’s social media posts until March 2020 suggested that she wasn’t married. More importantly, the actress/comedian’s online activity didn’t give a clue about who her husband might be.

On Twitter, Zainab regularly joked about her non-existent dating life. Her tweets concerning boyfriend and lover-related topics were taken with a grain of salt by the followers.

While many found were left dumbfounded with Zainab’s supposed singlehood, others — mainly, the male fans — took solace in the fact that they still had a shot with her.