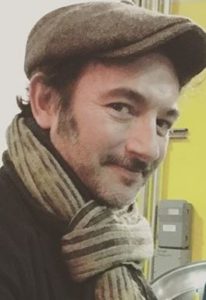 Chris Conner is widely recognized for TV shows and theater appearance. His feature in Netflix’s Altered carbon garnered him critical acclaims as well as public recognition.

Delve into the life of Chris Conner in a wiki-style article.

Little to details has been shared on Chris’s parents except for the photos that he shared on his Instagram.

Chris graduated from Carnegie Mellon University with a Bachelor’s degree in Fine Arts.

He was a national champion in dramatic interpretation of the National Forensic League in 1993.

Besides acting, Chris had pursued a career as a teacher. He was a guest teacher at Shakespeare Los Angeles and a regular for the Cals Arts CAP program at Plaza De La Raza in Los Angeles.

Chris hasn’t divulged the facts regarding his net worth but considering his long-run acting career, he must’ve seen his fortune crossing million dollars at some point in his life.

Chris started dating Erin Way back in 2012. After dating almost 2 years, the couple got engaged on 13 September 2013.

Chris and wife Erin have been married since 4 October 2014. 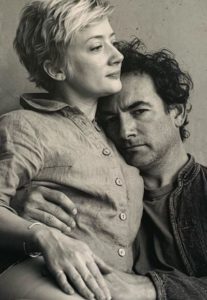 Chris and Erin Together on 4 October 2019 (Pic: Erin’s Instagram)

Erin is an actress who has worked with notable personalities in Hollywood like Mark Ruffalo, Ron Howard, Joe Dante, and several others. She was born on 13 September 1987.

On 4 October 2019, she conveyed appreciation and wished Chris a happy 5th anniversary that read,

Marriage is crazy. It’s challenging and awesome and the best thing I’ve ever done. Mostly because of @billyyouresofarawayfromhome. Because he is the best human for me. Happy 5th Anniversary my love. Here is to many many more and more adventures.
Shoutout to the amazing #jamesomaraphotography for the cool pic

As of February 2020, the actor duo didn’t have kids out of their marriage yet but fans hoped for one.

Actor Patrick Dempsey is best known for the role of Dr. Derek Shepher in the TV show Grey’s Anatomy....