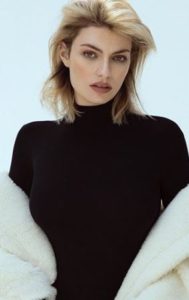 An American model and singer, Lola Lennox became best known for her cover songs and originals on YouTube. Besides her career as a singer, she also gained recognition for her modeling gig.

In April 2020, Lola made headlines after teaming up with mom Annie Lennox to perform during the live pre-show for “One World: Together At Home”. They sang “There Must be an Angel” from the comfort of their apartment.

Scroll down this wiki-style article that brings you details on Lola Lennox.

Moreover, Lola has a younger sister, Tali Lennox — also a model and actress.

Lola enrolled in a very prestigious music school in the UK pursuing the path laid out by her mother. Likewise, she enrolled in the Royal Academy of Music to graduate with a degree in music.

Like any kids whose parents are already in the music industry, Lola Lennox prepared early for her music career. She signed up for music lessons when she was 8 years old.

Lola was introduced to the piano at the age of seven and she started penning her music when she was 15. Similarly, the gorgeous blonde used to record songs sneaking into her parents’ basement.

On 8 February 2020, Lola officially debuted her music career with the first of the four singles to be dropped titled In The Wild (2020). The video for the song was uploaded on YouTube on the same day.

The music video for the song was directed by Natalie Johns, a director, and producer who has worked with notable artists like Childish Gambino, John Legend, ASAP Rocky, and Annie Lennox.

In 2019, Lola collaborated with BBC/Discovery channel’s docuseries Serengeti(2019) where she provided her ethereal vocals. The gig certainly added to her $100 thousand net worth.

Besides her music, Lola modeled for Vanity Fair, Jalouse, and the Spring/Summer 2010 jewelry collection by Freedom for TopShop. What’s more, she stands at a height of 5 feet 10 inches (1.77 meters).

As of April 2020, Lola Lennox was dating a singer and model boyfriend named Braeden Wright. The in-love couple met one another back in November of 2017. 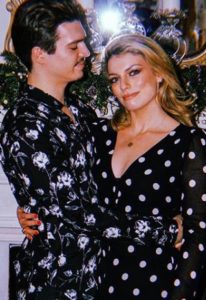 Lola and boyfriend Braeden together on 7 January 2020 (Pic: Lola’s Instagram)

Both Lola and Braeden kept the relationship private until 15 February 2018. The duo made their relationship IG official posting pictures as a couple, wishing their followers and each other a Happy Valentine’s Day.

To those unfamiliar, Braeden Wright is a Canadian national born on June 4th. He has modeled for Tom Ford, Maison Simons, and GIORGIO ARMANI.

By 2020, Both Lola and Braeden had met each other’s family and friends. They seemed to be happy and get along with each other. Meanwhile, the fans hoped to hear the news of the couple getting married at a beautiful wedding.