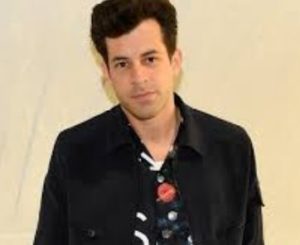 But more often than not, questions surrounding Mark’s sexuality overshadows his musical achievements. Read along to learn more!

Mark Ronson isn’t camera shy. Flaunting his clean look, he prefers to be on the music video of the songs that he produces alongside its singers.

The “Uptown Funk” hitmaker’s extroversion often causes people to mistake him for a gay man. Singer Lily Allen did the same when the pair first met.

What’s more, Mark came out as sapiosexual in September 2019. And again, detractors online challenged his claim and ridiculed it as an effort to hide his gay identity.

Does Mark Ronson Have A Wife Or Girlfriend?

The same trolls that taunt Mark Ronson are the ones who refuse to keep up with his dating/married life.

Fast forward to May 2021, engagement rumors began spreading after the paparazzi spotted Grace sporting a ring on her left ring finger. By then, the couple had already met one another’s family.

Grace, if you don’t know, is the daughter of Meryl Streep and Don Gummer. An actress by trade, she is the ex-wife of Tay Strathairn.

Via Instagram, in Sept 2021, Mark revealed he married Grace Gummer. Sharing a photo from their big day, the producer wrote, “To my truest love… out of nowhere, you made 45 hands down the greatest year of my life. And I’m sure it took me 45 years to become the man worthy of your love. I hope I spend every one of these birthdays by your side until my last day. And beyond. Forever and ever yours ❤️❤️❤️❤️❤️❤️ (and yes, we got married)”

Days before his coming out party, sources close to Mark confirmed Samantha Urbani as his new girlfriend. The lovebirds’ first public appearance together came at The Noting Hill Carnival.

A singer by trade, Samantha hails from New York and is 22 years younger than Mark. 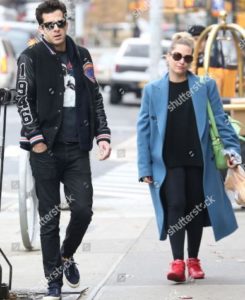 Before commencing his romance with Samantha, Mark was in a seven-month-long relationship with SNL talent exec Rebecca Schwartz. The duo announced their split in May 2019.

The “Rehab” hitmaker and his French wife announced their divorce in May 2018 citing irreconcilable differences. The pair had originally tied the knot in 2011, after getting engaged on the beach in La Rochelle.

Although married for seven years, Mark and Josephine’s marriage didn’t produce any kids.

How Much Is Mark Ronson’s Net Worth?

At the turn of the century, the multi-instrumentalist was in a relationship with singer/actress Rashida Jones. The pair commenced dating in 2002 and got engaged in 2003, only to split in 2004. Mark Ronson’s divorce settlement seemed to have very little impact on his $20 million net worth.

The list of Mark’s accolades is innumerable. A recipient of seven Grammys (as of 2019), he boasts collaborations with Adele, A$AP Rocky, Amy Winehouse, Lady Gaga, Bruno Mars, and many more.

Some of his biggest chart-topping songs include “Shallow,” “Uptown Funk,” “Back to Black,” “Lay Me Down,” and “Every day.”

As of 2019, Mark boasted five full-length albums as his discography.

Mark Ronson turned 46 years of age on 4th September 2020. He was born in 1975 to Jewish parents. His father Laurence Ronson was a real estate speculator while his mother Ann Dexter worked as a music manager.

Face filled with tats and reckless behavior; that’s what it takes to be a “menace to...