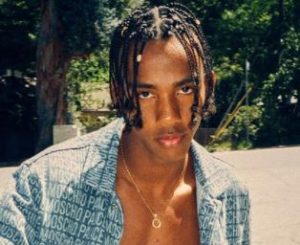 Yai Ariza is a professional dancer by trade. However, he earned worldwide fame as the alleged boyfriend of rapper Lil Nas X.

In this Yai Ariza Biography, discover his age, height, and ethnicity. What’s more, delve into his net worth, religion, and boyfriend.

Discussing Yai Ariza’s ethnicity, he’s Colombian. He is from Cartagena, Colombia. However, as of 2021, Yai was residing in Los Angeles, USA.

Lorraine and Jose are long divorced. On Facebook, Lorraine states her relationship status as single.

Since 2010, Lorraine has been working as a Kitchen Assitant at hotel decameron baru. In 2008, she had graduated from SENA. Lorraine is also a graduate of Colegio Latino Americano. Reach out Lorraine on Instagram @medranobonfante. Meanwhile, you can catch Jose on IG @josegeronimoarizadiaz.

For siblings, Yai Ariza has a sister named Tefy Ariza M. Like Yai, Tefy is also a dancer. As of 2021, she was dating a man named Harry Torrientes and studying at EDUCOSTA. 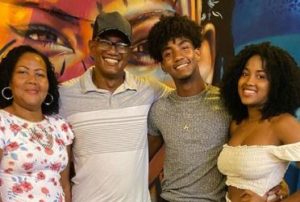 Yai Ariza with his parents and sister (Source: Instagram)

Although yet to recieve a confirmation, Yai Ariza reportedly measures around 5’11” (180 cm) in height.

As of 12th August 2021, Yai was available on all major platforms. His Instagram @yai_ariza enjoyed 78.5K followers.

Meanwhile, Yai’s TikTok had a whopping 4M likes and 307K followers. Also, he had amassed 4.6K friends and 156 followers on Facebook and Twitter respectively.

Taking a look into his career, Yai worked as a Choreographer at Latin Dance CTG from April 2006 and September 2014. He then started working at Compañía Periferia.

In June 2015, Yai took over the role of a Managing Director at Strong Diamond. 11 months later, he also began serving as the DANCER AND CHOREOGRAPHER at Latin Kingdom CTG. Seeing how Yai left for the US, he must’ve quit both jobs before 2020.

In August 2021, Lil Nas X claimed he may have found the one in the person that he is dating. At the time, internet slueths as well as online publication insisted the rapper’s boyfriend is his backup dancer, Yai Ariza.

Dating rumors first flared when Lil Nas X and Yai began packing on the PDA in TV appearances. During the “Old Town Road” hitmaker’s performance on SNL in May 2021, Yai had licked his neck. At the 2021 BET Awards, in June that year, the entertainers made history by locking lips on stage. Yai celebrated the both occassions by taking to Instagram and penning messages of gratitude.

In July 2021, Lil Nas X then turned up the heat by sharing a photo of him laying on a man’s crotch. Almost everyone believed the crotch belonged to Yai.

Opening about his rumored romance with his alleged boyfriend, Yai, Lil Nas X told Varitey, “I’ve had some good boyfriends and some bad ones. A lot of them were emotionally unavailable or had a lot of insecurity and whatnot. I’ve found someone special now. I think this is the one. I can’t explain it — it’s just a feeling.”

Yai, meanwhile, described Lil Nas X using these words: “He’s really funny. He’s really social. One day in rehearsals, we went out to eat and he came to hang out. He’s a really amazing person.”

Long before Yai secretly began dating Lil Nas X, he seemed to be in love with the one named Pablo Prince. Yai even marked the 2020’s Valentine’s Day by sharing a photo of Pablo kissing him on his cheek.

Things between them may have been serious as Yai let his then-boyfriend Pablo meet his mother and sister. He even documented the meeting on his Facebook.

Yai’s Facebook posts with Pablo goes as far back as 2019. However, it remains a challenge to document their relationship timeline.