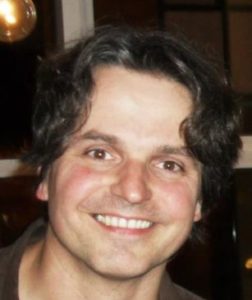 Try to figure this, dear readers, who are more accomplished Nisha Katona or her husband Zoltan Katona? Nisha is a British chef with an MBE title and was also hired as a judge in Celebrity MasterChef 2021. Zoltan, on the other hand, is one of the greatest classical guitarists in the world.

In this article, we will cover Nisha Katona’s husband a bit more in detail. Read along this Zoltan Katona wiki to find out his age, height, net worth, etc.

After a little social media research, we found out that Zoltan Katona’s birthday falls every year on 30 June. Also, Zoltan was born in the year 1968. So, after he celebrated his most recent birthday on 30 June 2021, he turned 53 years of age.

Zoltan Katona was born in Budapest Hungary as one-half of identical twins, who would later become world-famous as Katona twins. Even though Zoltan was born in Hungary, his nationality is now German and he currently lives in Liverpool, England.

His family, including his mother, lived in Frankfurt, Germany. We do not know much about Zoltan’s family bar his twin brother and music partner, Peter Katona. One rare bit of available information was he had a niece named Katona Henriett.

Zoltan Katona is a tall guy who stands at a height of 5 ft 11 inches. He is a dark-haired man with brown eyes and very handsome facial features.

Zoltan has won numerous awards as a part of the Katona twins as well as individually. For example, they won the first prize at the international duo-guitar competition (1993) held in Bubenreuth, Germany, S.T. Johnson Foundation prize (1995), The Laura Ashley prize (1996), and more. In 2004, they won the prestigious Borletti-Buitoni prize.

They were also heralded by Daily Telegraph as “the classical world’s best-known guitar duo”. Other reviewers have called them “stunningly vital and dreamlike stylish”, and said that there were “no limits as to what their fingers could produce” and that they “transcend any stylistic boundaries”.

Yes, Zoltan is still married to Nisha Katona. They first met when she was still a student. Through her education, Nisha was an advocate. She graduated with a law degree from Liverpool John Moores University and qualified for bar in 1996. And after she passed her bar exams, she moved to Liverpool with Zoltan and they started to live there.

However, after practicing law for 20 years, Nisha changed lanes and started her cooking career. She actually started as a teacher of Indian cuisine. Afterward, she founded Mowgli Street Food restaurants across the UK.

Nisha is also a culinary author with three books to her name: Pimp My Rice, The Spice Tree, and The Mowgli Street Food: Authentic Indian Street Food. And her fourth book, The 30-Minute Mowgli, is set to be released on the 9th of November 2021. 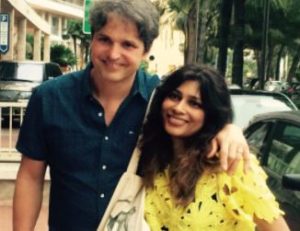 Zoltan Katona and his wife Nisha Katona during their trip to Monaco circa 2015 (PC: Zoltan’s FB)

Nisha and Zoltan have two kids, both daughters by the names India and Tia. We do not know when they got married or when their kids were born. We just know the names of their kids.