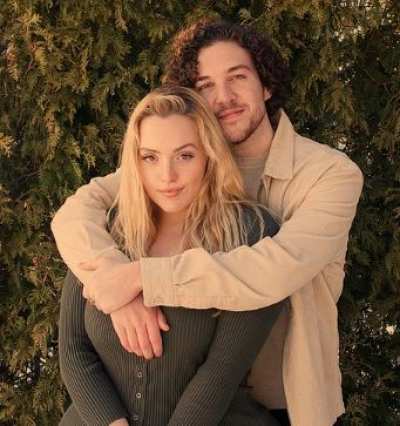 Amid tonight’s happening season finale where Grace alongside Chayce Beckham and Willie Spence competed to become the 2021’s American Idol, here’s everything you want to know about Grace’s man who will be cheering for her win more than anyone else.

Joseph Wheatley turned 23 years of age on May 16, 2021. This makes him the supposed patience and loyal Taurus.

Joseph Wheatley comes from his hometown of Eastbourne which is a resort town on England’s southeast coast, located 19 miles east of Brighton.

Today, as we write this, he called himself a Holden, Massachusetts inhabitant.

His brother Joshua Wheatley is a musician. His social media profile describes him, particularly as a drummer, keyboardist, composer, and arranger. Founder and director at gospel ensemble, Berklee CIGE, he studied Music at Berklee Valencia and Berklee College of Music. His last sharing on Facebook was a “Vote for Grace” post made a day before the finale on May 23, 2021.

Less is known about Joseph’s other brother Clyde Wheatley and the rest of the family members. His mother is named Angela Wheatley.

Joseph Wheatley, with natural curls and facial features that in some way resemble Kit Harrington’s character Jon Snow (GOT), stands above 5′ 11″ in height.

A self-proclaimed beatboxer, singer, and music maker on social media, Joseph Wheatley appears to be just as much a social media person as his American Idol beau.

Meanwhile, in recent times, that is since Grace went on the Idol his social media sharing has been more about Grace, her moments from American Idol, or the ones appealing to her fans to vote for her.

Also, it’s clear, just how much the two are passionate about music. Chances are they even bonded for their shared love for music.

Joseph is a Writing tutor at Northeastern University. At the same time, he continued his M.A. in English at the same university.

Besides academics, he is an aspiring beatboxer. Back in Dec. 2018, he made it to one of the top 16 on the East Coast Beatbox Battle among other great beatboxers.

He also teaches Beatboxing. (In April 2019, took a class on Applying Advanced Beatboxing at BOSS 2019 at Tufts University.)

Moreover, in March 2020, he was spotted at the Berklee College of Music as he alongside his team won the Outstanding Vocal Percussionist award in ICCA. (Just so you know, Grace Kinstler is still a music student at Berklee College of Music. She is graduating sometime in 2022.) But one could not tell if Joseph now or in the past studied at the music institute.

About Joseph’s net worth, he is reported to have collected an estimated $300K (before May 2021).

Joseph Wheatley And Grace Kinstler: Dating, How Did They Meet?

Joseph is more than aware of just how lucky he is to have Grace Kinstler as his partner in crime. He is proud of everything his a few years younger girlfriend has accomplished. Never shying away to confess his love for her he would usually be found writing the likes of “I’ve never met anyone quite like you; I’m a lucky guy” on social media.

The pair have been in a relationship since November 2019. On Nov. 12, 2020, as they celebrated their first anniversary, the “Lavender” singer adorably wished Joseph writing:

“A day late, but happy one year to my love ❤️ Time flies when you’re in a pandemic, political crisis, and social crisis (and when you’re having fun) 😘@josephwheatleyofficial”

They were just as much excited, the times when they dolled up or “Boo’d up 👻 🎃 🖤” for Halloween or when they had “the best first New Years’ kiss”.

For more such Joseph and Grace moments you might just get some tour to their one too many online platforms. (You won’t regret it!) Especially the couple’s musical collaborations are sure to sweep you off the feet. Grace’s melodious voice blends just wonderfully with Joseph’s beatboxing resulting in a fine version of any song they choose to perform in.