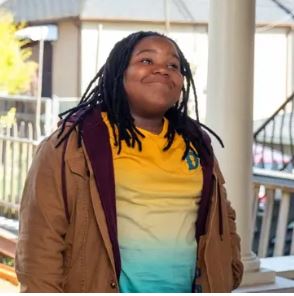 The Netflix original film “Coffee & Kareem” premiered in early-April 2020. Terrence — as its breakout star — stole all the limelight.

Get acquainted with Terrence’s wiki and bio by reading the piece below. In doing so, read about his parents, siblings, age and birthday. Also, delve into his social media reach and filmography!

Because of the dreads and ambiguous build, there existed to a lingering question — Is Terrence Little Gardenhigh boy or girl? Well, everything indicated that he was born a boy.

Terrence Little Gardenhigh was born in April 2007. Every 20th April, the young actor woke up to birthday messages. In late-Spring 2019, he turned 12 years old. Meanwhile, Taurus was his Zodiac sign.

Pertinent wiki details including info about Terrence Little Gardenhigh’s siblings evaded public domain. That said, Terri Little Gardenhigh is his biological mother and the only known family member. Interestingly, fans were unaware whether or not the young actor’s parents were still together. 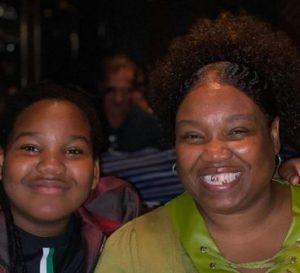 Contrary to his role on “Coffee & Kareem,” Terrence was polite, hilarious and friendly.

At age 12, Terrence Little Gardenhigh stood at around five feet in height. Meanwhile, he appeared slightly overweight but seemed far from unhealthy. Moreover, his dreadlocks were perhaps his distinct feature.

Terrence Little Gardenhigh began his foray into the entertainment as an 8-year-old by starring in commercials for “Boys & Girls Clubs of America.”

In 2018, Terrence made his TV debut on the TV show “Speechless.” The following year, he appeared in an episode of the series “Just Roll With It.”

2020 was by far Terrence’s breakout year. Appearing in four episodes of “Henry Danger” as Miles, he created a buzz. Interestingly, the rising actor reprised the very role on the TV show “Danger Force” for six episodes.

Despite a newcomer status, Terrence was on a trajectory to become a success story. His net worth should surpass the $80 thousand by the end of 2020.

Terrence Little Gardenhigh announced his arrival in the film format via the beloved Netflix comedic flick “Coffee & Kareem.” In the movie, he starred next to A-list Hollywood actors Ed Helms and Taraji P. Henson. Many believed that Terrence’s acting on “Coffee & Kareem” overshadowed the performances by his more experienced co-stars.

When asked if he was ever starstruck in a Screen Rant interview, Terrence quipped:

“Ms. Taraji, or as I like to call her, Mama T. Just sitting next to her or eating lunch with her was just, like, crazy. I was fanning out on the inside so hard. I didn’t know what to do! But somehow, I found it in myself to ask her questions and talk to her about things, and she’s just so nice. She really is. That definitely helped me be able to talk to her.”

Per the script of the movie, Terrence had to curse at Ed. Admittedly, he found the experience very disturbing. In his words:

“I felt so bad! In the times where we would have to say things about each other, I would feel bad, but then I’d remember how much fun I get to have, and I’m able to use profanity and I’m not going to be able to do that forever, so I’m just like, okay, you’ve gotta do what you’ve gotta do… “

Needless to say, Terrence showcased professionalism. It took a little peep talk from his mother for the young actor to understand the profanity aspect of any script.