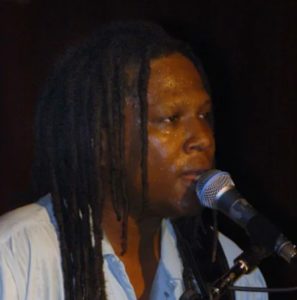 When American singer and songwriter Aretha Louise Franklin passed away in 2018 at an age of 76, she left us with incredible songs like Respect, Rock Steady, You Make Me Feel Like a Natural Woman, Amazing Grace to remember her for every second.

A recently released Aretha Franklin biopic titled Respect is no ordinary biography movie. First of all, it’s a movie on the “Queen of Soul” life and secondly, this biopic does not follow a cliched plot–instead, you can see real intelligence and feeling put by the filmmakers in the movie.

Aretha’s relationship with her son Teddy Richards is also one side of the story that Respect movie clearly shows. Learn about Teddy Richards (also called Ted White Jr.), his job, father, and wife in this wiki!

Ted “Teddy” White, Jr., was born in 1964 and thus was 57 years of age in 2021. Teddy celebrates his birthday in February. His zodiac sign is either an Aquarius or a Pisces.

Teddy Richards is Aretha’s third child and son with her first husband, Ted White Sr. Aretha married Teddy Richards father in 1961 while she was only 18 years old. Aretha and Teddy Richards’ dad first met each other at a party at Aretha’s house in 1954.

Reportedly, Ted White Sr. was alleged of being physically abusive to Aretha. In David Ritz’s biography on Aretha, her sister is quoted saying “Ted White was a highly possessive husband and could be a scary character.”

Their controversial marriage came to an end when Aretha separated from him in 1968 and divorced him in 1969. After their marriage, Ted stepped down from his role as a manager.

Teddy Richards has three half-brothers, namely Clarence, Edward, and Kecalf. Aretha had her first son, Clarence, at the young age of 12. Clarence’s father was believed to be Aretha’s classmate, Donald Burk, however, a handwritten will was found after Aretha’s death named Edward Jordan Sr. as Clarence’s father.

Aretha had her second son and child, Edward, with Edward Jordan Sr. Very little is known about Edward’s father as Aretha did not talk about pregnancies with the media early in her career. However, we do know that Edward is a gospel singer and has already performed duets with his mom.

Aretha’s youngest son and child’s name is Kecalf. She had Kecalf with her road manager Ken Cunningham in 1970. Kecalf is a Christian rapper and has already performed with Aretha, including at Radio City Music Hall.

Teddy Richards stands at an average height of 5 feet 10 inches and weighs at least 85 kilograms. His distinct characteristics would be his long hair locs, heavily built body, and brown eyes.

Teddy Richards was available on almost all social media platforms excluding Instagram. Moreover, Aretha Franklin’s son has two separate Facebook accounts, one for professional use and the other for personal use.

While we don’t know much of a fortune Teddy Richards has garnered from his career as a musician, his mother Aretha Franklin left a net worth of $80 million behind when she passed away in 2018.

Teddy Richards, who describes himself as a “singer, songwriter, and frontman,” played backup guitar in several of his mother’s concerts. Reportedly, Teddy worked with his mom, Aretha Franklin, for almost 30 years.

Over the years, Teddy has evolved from a guitarist to a producer, songwriter, and engineer. To date, Teddy has three albums under his stage name. His third album Solitaire is set to release in 2022.

Per his MusicPage site, Teddy has opened for big bands, which includes The Verve Pipe, Seal, and Fishbone. Teddy has also collaborated and written songs with INXS, Oliver Leiber, Gary Clark, and Paula Abdul.

As of August 2021, Teddy Richards was a married man living a happy life with his wife, Lee White. Ted has even clearly mentioned Lee White as his “wife” in his Facebook handle, though, the wedding date seems to be a little off. 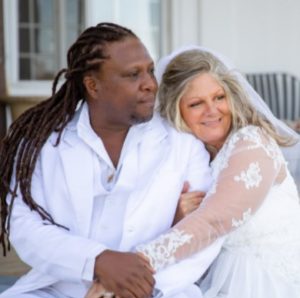 Though we don’t know about Teddy and Lee’s wedding year, they celebrate their wedding anniversary on the 23rd of April every year.

Teddy and Lee have at least one daughter from their marriage. Her name is Jj and she is already committed to someone. Jj’s boyfriend’s name is Sam and they have been together for almost four years as of 2021.