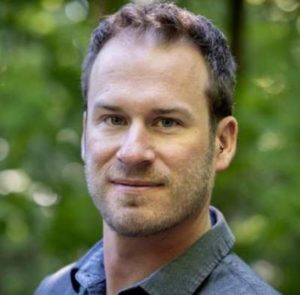 Been watching Renovation Island on HGTV and yet somehow missed the start of its third season? This one’s for you!

So, you must be wondering what happened to Adam Weir, the show’s contractor Bryan Baeumler and his wife Sarah’s former project manager.

Find out in this Adam Weir Bio.

Why Did Adam Weir Leave Renovation Island, Island Of Bryan?

As you already know, Renovation Island is all about Bryan and Sarah, moving their family to the undeveloped South Andros Island, Bahamas, to restore a rundown beach resort; they have six months to transform the property into the Caerula Mar Club to make a profit. And Adam Weir was more than an employee (constructor coordinator) to Bryan and Sarah who commented on his exit from the show.

“I think we’ve seen some big changes in Adam over the last few years,” Sarah said during the S03 E02 episode. She shared, Adam is at a different stage in his life than when he first started with her and Bryan.

“Adam is part of the family. As we say, he is our fifth child. So I think he will always be in our life in some capacity.”

Bryan, then, stated his part on why Adam was parting ways with Renovation Island.

“Adam has found himself a nice girlfriend, and he wants to stick it out here in Canada for a little while and forge his own path a little bit, which I think is great, but I’m gonna miss him, so I hope we can get him down for a visit, just to have a fun.”

Just like that, Adam also has had only the good words for Bryan. We remember him say Bryan is a “born teacher” and the hardest worker he knows from way back in the time.

Also, so you know, Renovation Island is called the Island of Bryan in Canada.

What Is Adam Weir Doing Now?

In an Instagram post in April 2021, Adam Weir revealed that he had officially become a licensed real estate professional working with Right at Home Realty, the largest independent real estate brokerage in Canada.

“If you’re in the market looking to buy or sell, I can help you with that,” he wrote. “DM or email me to get started!”

So, Adam started as a real estate agent/salesperson at Right at Home Realty brokerage in January 2021 having worked at Baeumler Quality Construction from Sep. 2008 – Feb. 2020.

Adam Weir Family, Is He Related To Bryan Baeumler?

Adam Weir is not in any way related to Bryan Baeumler. He, in fact, met Bryan, before 2012, when he enlisted Disaster DIY, one of Bryan’s previous HGTV Canada series, to fix a deck at the summer camp where Adam was working at the time.

And it was after his contract at the camp ended, Adam started work for Baeumler Quality Construction, which is Bryan’s home-building and construction company.

All of this, Adam had unveiled in a 2012 Toronto Star article.

Anyway, Adam comes from a family in Ottawa, Ontario, Canada.

Adam Weir’s profile on mandy.com tells he stands to a height of 5′ 7″ (1.70 meters), weighed 160lbs (73kg), his hair color is blonde, his eyes are blue and he is medium build. His very portfolio also cared to mention his musical skills and spoken language skills over English and French.

Then, Adam appears to have recovered fully from his appendix removal surgery, from July 2019.

Adam also entertained his 983 friends on his ‘Adam Weir’ Facebook.

LinkedIn introduced the Algonquin College alum as a TV host, realtor as well as producer.

Just so you know, someone like Adam, working as a realtor in Ontario, Canada, made an average yearly salary of $114,304 as per indeed.com calculation.

Adam Weir had not been married before August 2021. At the time, he also did not reveal if or not he had been dating anyone.

But on Instagram, Adam did mention his “favorite lady” Brittany “Britt” Lynn Murray from their “amazing little getaway” at Atlantis Bahamas in Feb. 2019. This was not the first time, Adam’s seemingly girlfriend featured on his IG. 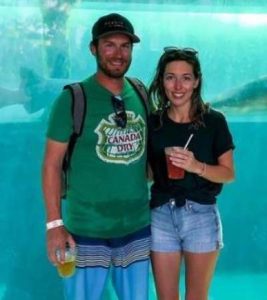 However, lately, we did not see Brittany (on her IG @brittanylynnmurray) appear on Adam’s social media.