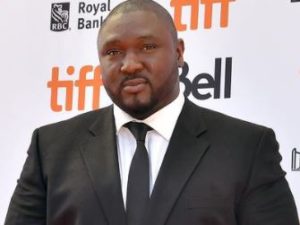 Remember “Xaro Xhoan Daxos” from Game of Thrones, or “Captain of the Guard” from Cinderella? Well, the actor Nonso Anozie returned, appearing on yet another fantasy TV series, Sweet Tooth. He portrayed the role of a wandering loner who encounters Gus, a lovable boy who’s half-human and half-deer in search of a new beginning.

But who is Nonso in real life? Learn all about his personal details by the end.

Like most of his roles, Nonso Anozie appears as a gruff protector, who meets the protagonist, Gus (Christian Convery) in a post-apocalyptic world. A wandering loner Tommy Jepperd (portrayed by Nonso), then takes a liking to the boy and joins him on his perilous adventure to find answers.

Apart from the then 11-year-old actor, Nonso’s co-stars also include: Murdered by My Father star, Adeel Akhtar, and Saturday Night Live cast, Will Forte (Gus’ father).

Corresponding to his birthday, Nonso is of the Taurus zodiac.

Yes, Nonso Anozie is of Nigerian (Igbo) descent. However, he was born and raised in London, England, and holds English nationality.

His parents were from the south-eastern Igbo part of Nigeria. They met there and came to Britain to study in the 1970s, and eventually got married.

Nonso says, “Most Nigerian parents are old-fashioned.” Relating to himself, he shared they wanted him to become a doctor, lawyer, or engineer. But since he chose to step into showbiz, his father wasn’t happy. However, his mother was very supportive of his stage career. She once aspired to be a singer herself and even asked Nonsoo to join different choirs and bands.

On his mother’s 2020 birthday (i.e on Feb 14), Nonso took it to his IG to share, “none of this would have been possible without this woman right here! if you have experienced anything good from me it’s because of her.”

Talking about his siblings, Nonso has two sisters. The younger one was on her way to becoming a drama teacher. Whereas his other sister, Dumebi Anozie who was living in Ealing, United Kingdom worked as a hair and make-up artist.

Guess, all the Anozie siblings got into show business after all.

Apart from this blood kins, Nonso also had someone special in his life named Femi Tay Oguns Mbe, “a brother from another mother.” He was the one Nonso will spend his adventures with “till the wheels come off and even after that.”

Nonso Anozie is a big guy. He stands tall at a height of 6 feet 6 inches (198 cm). To maintain his body, Nonso hit the gym “as much as possible”, possibly three to four times a week.

Also, Nonso mentioned that he inherited the “big guy” body from his father who was as “big” as him.

Nonso Anozie garnered a net worth of around $3 million by 2021.

Like a few other English-Nigerian actors, Nonso started acting in the Talawa Theater Company. But a few years later, he ended up at the Royal Shakespeare Company, after being chosen by a scout as one of 16 actors to play major roles. He then went on to become the youngest person in British history to play King Lear. Showcasing his talent, in addition to a huge body, Nonso’s popularity then slowly grew over time.

As for his inspiration, Nonso mentioned his teacher named Lord Eric to be his role model.

Did you know: Nonso was made fun of his last name in high school. A few even suggested he should change his name to Zach Power. But, now, every time Nonso hears his name, he feels blessed.

No, Nonso Anozie is not gay. He is a perfectly straight guy who lived with his wife and kids.

Nonso Anozie reportedly married his wife, a Nigerian woman, anytime after 2016. The duo reportedly tied the knot in a traditional ceremony in their country of origin.

As of 2021, the actor remained private about his married life and didn’t share his wife’s name.

Does He Have Kids?

Yes, Nonso Anozie has a kid, a baby boy born back in June 2017. But he shared his little boy didn’t live with him. Perhaps, Nonso has spilt with his baby mother, and the kid was growing up with her.

During the 2020 pandemic, Nonso mentioned that he was able to “make meals for him and take them over”, and also skyped a lot with his son. 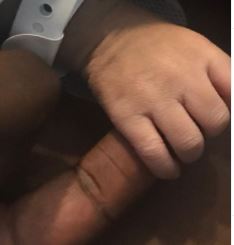 Besides his biological son, Nonso has two goddaughters named Kya and Nemiah.