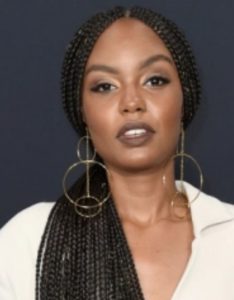 The subject of this article, Sierra McClain, is one multitalented personality. An actress and a singer, Sierra first shot into the limelight after she was cast in David Fincher’s psychological crime thriller Mindhunter.

Does Sierra McClain Have A Baby?

When Fox hit show 9-1-1: Lone Star resumed from a mid-season break on April 19, 2021, viewers finally got their answer for what happened had happened between Grace (played by Sierra) and Judd (played by Jim Parrack) when their truck went off the bridge and crashed into a river.

Thankfully, both Grace and Judd survived the accident and surprisingly Grace became pregnant too. In a very primetime drama way, the show announced the pregnancy of Sierra.

Since it is very common for TV shows to write pregnancies into the storyline to accommodate the show’s actors’ real pregnancy, the viewers of 9-1-1: Lone Star began wondering if Sierra was pregnant in real life.

From what it looked like, as of April 2021, the talented actress was not pregnant in real life. Since her recent pictures on the Internet did not seem to have any kind of baby bump, it is unlikely that Sierra was expecting a baby outside of the show.

If Instagram posts are anything to go by, Sierra McClain was not dating anyone as of 2021. Sierra had never been married in her life which means she didn’t have a husband.

Though you can see a lot of hot men being featured in Sierra’s Instagram handle, none of them is her boyfriend. For instance, Sierra uploaded a picture with Robert Ochoa and wished him a very happy birthday on January 26, 2016.

Sierra also made a happy birthday post to a very hot actor Tosin Cole on July 24, 2017. But, it looks like Robert is just a good friend of Sierra and they have nothing serious going on with them.

With that being said, Sierra has been in relationships various times on the TV show. In 9-1-1: Lone Star, Sierra is the wife of Judd Ryder (Jim Parrack), the sole survivor of 125’s previous team’s fire disaster. Whereas, on the other TV show Empire, Sierra plays the role of Nessa Parker, the ex-girlfriend of Andre Lyon (played by the actor Trai Byers).

While we do not know much about Sierra’s boyfriends (if she had any), there are certainly tons of Sierra’s fans who want to pursue her.

For example, a Twitter user named Jacob Jones tweeted, “I wonder if @SierraMcClain has a boyfriend because I would love to be her boyfriend,” on September 10, 2014.

You would be surprised to know that Sierra is not the only famous person from her family. Her sisters too are as popular as Sierra, if not more.

One of Sierra’s sisters, China Anne McClain is an actress and plays the main role in The CW‘s The Lightning while her other sister Lauryn, also an actress, was a cast member in Descendants: Wicked World and Step Up: High Water. 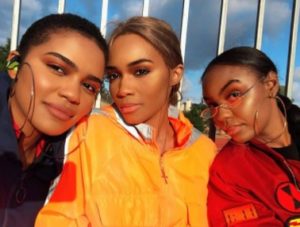 Sierra with her sisters, China Anne McClain and Lauryn McClain.

To talk about Sierra’s other family members, she is a proud daughter of her parents, Michael McClain (dad) and Shontell McClain (mom). Sierra’s dad is a music producer and her mom is a writer.

Sierra is a pretty big name in social media and has a massive social media reach. She is available on all big social media platforms, including Facebook, Instagram, and Twitter.

The popular American actress Sierra McClain stands at an average height of 5 feet 5 inches and weighed no more than 50 kilograms.

Sierra McClain’s net worth was reported to be around $2 million.

As an actress, Sierra’s first project was a movie called Daddy’s Little Girls (2007). In the movie, she appeared as the James sisters.

Then, Sierra landed a small role as a neighbor in the short movie, Six Blocks Wide (2008). In 2009, she was cast as Carina in the movie called Shrink alongside veteran actors Kevin Spacey and Keke Palmer.

In 2016, Sierra grabbed a major role as Nessa Parker in the American musical drama Empire. The actress then landed a role as Tanya Clifton in Mindhunter in 2018. In the same year, Sierra even did a movie called Honey: Rise Up and Dance.

As a singer, Sierra is best known as a member of the band called Thrii (a girl group formed with her sisters). Together with the band, Sierra sang songs for TV shows, Tyler Perry’s House of Payne and A.N.T. Farm.