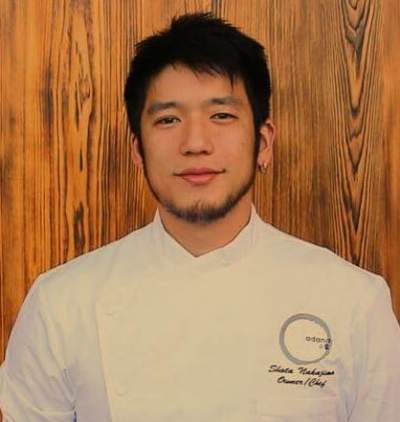 Top Chef Season 18 has the most lovable cast in the show’s history. As a result, fans could not decide who they wished for to win the competition. In fact, they wanted everyone to win so they would stick around till the show’s very last episode.

Among such beloved chefs, is the quietly coolest Shota Nakajima. And here’s a wiki-writing covering all that you have been craving to know about him.

Born in Japan, and raised predominantly in Seattle, Washington, the United States, Shota Nakajima reached the age of 31 on Aug. 25, 2020.

Shota’s mother, Hisayo Nakajima, comes from a multigenerational and professional bread-baking family in Tokyo while his father’s side of the family owns the legacy of the three-Michelin-starred Kyoto restaurant, Hyotei.

His father Satoshi Nakajima is his No. 1 mentor. He says, he has always looked up to his father. Of many lessons, Shota learned from him, “Humble is handsome” is the one that he thinks of all the time.

At the time of this writing, his parents were living in Bellevue, across Lake Washington from Seattle, in the United States.

Shota also has a beloved brother who has been married to Whitney. They gave birth to a beautiful baby girl on Dec. 19, 2016. On the day, Shota was just as much excitement. The next year, he made a Father’s Day appreciation post on Instagram with a snap of him with possibly his brother’s daughter Aya.

Physically attractive and also inspiring boy-next-door vibes in his fans, Shota Nakajima stands to a height that 5′ 8″ or 1.73 meters.

More than a week behind the “The Next Top Chef Is…” episode, airing on July 1, 2021, Shota has already been labeled ‘Rising Star Chef’ by the likes of STARCHEFS.

Also profiled by the Seattle Times, his culinary creations have won raves from the judges during episodes that aired up until now. And, certainly, he is considered a promising contender for the season’s many accolades and of course the whopping US$250,000.

On April 16, 2021 (seemingly after the completion of the shooting), Shota cited Top Chef as one of the most fun and also the most difficult thing he has ever done in his career.

“The way the competition pushes you out of your element is scary, but it’s also so damn exciting.”

Thanking the Bravo Network for an entirely new cuisine and cooking style experience, he also worded:

“I vividly remember this elimination challenge – I remember looking around and seeing and soaking in what all my other colleagues were doing. I honestly learned so much from this challenge and it’s inspired me so much.”

Even his social media sharing aims to convey Japanese culture through food and other ways. Entertaining over 28.4k followers on Instagram (before May 23, 2021), he could also be spotted on his accounts on Twitter and Facebook.

Shota Nakajima is the chef and owner of Adana Restaurant in Seattle.

Headlines, lately reported, the three-time ‘James Beard Award’ semi-finalist, Chef Shota will be reopening his casual Capitol Hill restaurant, Taku, on May 5, 2021, after it was closed last year during the COVID pandemic. (During the pandemic, Adana offered the fellow industry workers 30%.)

Also, word has it, following a win on episode six of the Top Chef, Shota reportedly had a sold-out crowd at his restaurant where he wishes to introduce customers to his favorite food from childhood.

He began his cooking career after dropping out of school at the age of 16. He then received his training in Japan with a Michelin-starred chef Yasuhiko Sakamoto.

Shota took a Cooking major in Japanese Cuisine at the Tsuji Culinary Arts School for a year in 2006 – 2007.

Beginning with the basics i.e. washing dishes and peeling onions in kitchens he opened his first restaurant by the time he was 25.

This way, Shota who also worked several other jobs as Culinary Director and Senior Consultant Chef, pulled in an estimated $1 million net worth (before May 2021).

Shota Nakajima has never been married before. So, he does not have a wife. Also, his dating life remained lowkey as compared to the other aspect of his life. His social media also did not answer any of the ‘relationships’ related queries. But the platform sure provided his fans some gossip content.

Ever since Top Chef: Portland, Shota seemed to have drawn closer to his fellow contestant Sara Hauman. Sara who comes from her hometown of Vista, California is now living in Portland, Oregon. 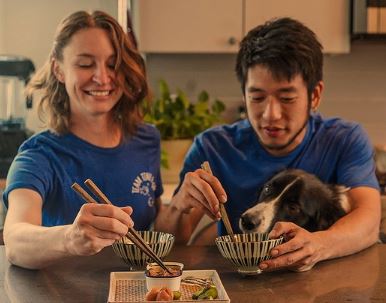 Both Shota and Sara shared this moment on their respective social media as they also informed their fans they will be signing a limited amount of ‘Team Tiny Fish’ t-shirts.

They were spotted together a few other times as well. It looked like they enjoyed each other’s company even when the camera’s not rolling.