Singer Natti Natasha welcomed her first baby, daughter Vida Isabelle, with her fiancé Raphy Pina in May 2021. And, amid the long-awaited arrival of the newborn and all the affection they have been receiving, people wanted to know more about the “Ram Pam Pam” singer’s baby daddy.

Read all about him in this Raphy Pina wiki!

Raphy Pina, with the real name Rafael Antonio Pina Nieves, is now the father of the Dominican singer and songwriter’s baby. 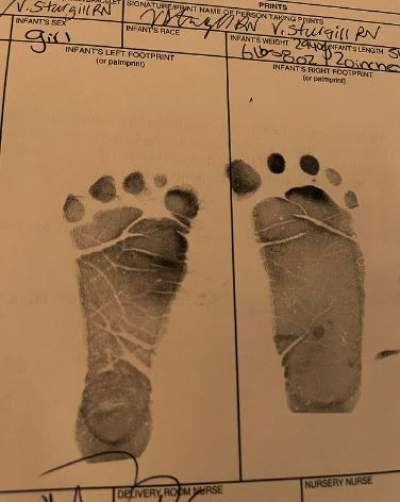 The couple announced the pregnancy news in February, in an exclusive with PEOPLE Español, as Natasha also opened up about her struggles with fertility,

Five months pregnant at the time, Natti said that when she and Raphy decided to have a baby, she was told she needed to do in vitro fertilization to get pregnant because of cysts in her womb (she had removed in the past) and also because she had a fallopian tube removed.

But, when even the IVF was not working, doctors told her that she could never have children. Depressed and feeling like “a total failure as a woman” the only thing good about the time was that Raphy was supportive and by her side all through the journey. He would reassure her that he wanted to be with her no matter what.

So, now, they believe the baby born to them is no less than a miracle.

In the meantime, the couple engaged in February 2021, had yet to exchange the wedding vows.

The engagement news came around just three days after they hinted they were dating, at the end of Pina Records’ new artist Fran Rozzano’s music video “Inedito.” Later that day, they had officially announced they were a couple in an Instagram Live video.

Did Raphy Pina And His Ex-Wife Have Kids?

Well, Raphy Pina was married before going out with Natasha who was previously signed to Don Omar’s label Orfanato Music Group.

Raphy and his businesswoman ex-wife Carolina Aristizábal separated in 2017 and divorced sometime in mid-2019. They were married in December 2011.

Besides the neonate, Raphy Pina has three more kids from previous relationships. They are Mia, 16, Monty, 15, and Chingui, 13, (ages, before April 2021). It is said, the mother of his three kids are his ex-wife Carolina and the other baby mama Wanda Ivelisse Monge.

Natasha who is also in love with her fiancé’s children told, “They are my children too. They are also very happy that there will be a baby at home”. At the time, PEOPLE also learned, the kids were constantly living with her and Raphy. 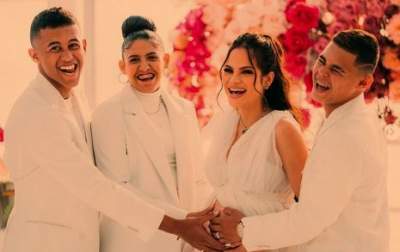 Carolina, the alleged mother of Raphy’s two sons, used to be his partner at Pina Records for years.

Mia, the first-born of Raphy, is said to be the daughter of Wanda. Then again, some reports claimed Carolina as the mother of all three. Nevertheless, Raphy himself pointed out in 2008 that Wanda was the mother of his then-youngest, Chingui.

Rafael Antonio is a Puerto Rican. He was born in San Juan, Puerto Rico to his father, Rafael Pina, a music producer, and his mother Mia Pina. He also has a brother named Victor Pina.

During the late 1990s, Raphy’s dad managed many celebrated musicians including Juan Luis Guerra and Jose Alberto El Canario. From a very early age, Raphy stood by his father to help him run his music company. He used to look after the company’s underground and reggaeton division.

Raphy Pina, in his heavily-built physique, stands to a height above 6′ 3″. This makes him significantly taller than his lady love’s 5′ 4″.

Raphy may not be as famous as his baby mama who entertained 31.1 million followers on Instagram. But he also had a generous 1.4 million people looking up to him, in his. And, while he could be also spotted on his professional account on Facebook (more than 347K followers) and Twitter (544.2K followers before May 23, 2021), Instagram was the only personal place he got to “hesitate and be a common guy”.

Raphy Pina, the self-proclaimed “Mr. SoldOut”, who was arrested for alleged fraud and money laundering by the Internal Revenue Service in 2012, was reported with an estimated $10 million net worth (before May 2021).

So, Raphy is the President of Pina records Urban Music Label which is a Puerto Rican record label founded by him in 1996. It is the most well-known and successful record label in the ‘reggaeton music industry’.

With its long background history and artists, currently (in 2021) the records notably managed Daddy Yankee, R.K.M & Ken-Y, Plan B, and of course, Natti Natasha.

Natasha’s debut album, Iluminatti, was dropped on February 15, 2019, by none other than Pina Records (and Sony Music Latin).