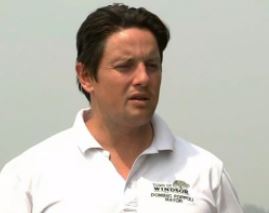 The scandalous Windsor Mayor, Dominic Foppoli was always the centerpiece for allegedly mistreating women or sexually assaulting them. But this time, Dominic gave into the widespread calls that he should step down from his position after his supposedly ninth victim, Farrah Abraham filed a police report against him.

So, what happened? Who was Dominic’s partner at the time? Did he have a wife or was he still dating? Find answers to all these questions by the end of this article.

It was May 2021, when Dominic Foppoli’s supposedly ninth victim, Farrah Abraham claimed that she was subjected to a “very serious” misconduct “of a sexual nature” by the mayor. However, she didn’t release all the details in order not to jeopardize the investigation.

After the situation blew up, Dominic was pressed to step down from his job by constituents and by Town Council colleagues since the first hour. Thus, he abruptly resigned from office on 21 May 2021 sharing that he wanted to spare Windsor “undue national attention” brought about by “lawful, but poor choices” he made in the recent past. Also, he added,

One of his accusers, Windsor Councilwoman Esther Lemus shared that she was “pleased to hear the news” that Dominic resigned. The contentment was also shared by those four women who came forward in the 8 April 2021 Chronicle story to share their assault allegations at the hands of Dominic in the time over 2003 to 2019.

Dominic Foppoli stepped to 39 years of age a day after he resigned from Windsor’s mayor position on May 21, 2021.

According to his birthday, i.e. on May 22, Dominic is of the Gemini zodiac.

Dominic Foppoli was born to parents, Terry Foppoli (Crivello) and Richard A. Foppoli who moved to Windsor to grow grapes in 1986. Reportedly, their family roots run deep in the mountains of Italy and Nicaragua.

Talking about his siblings, Dominic has a brother named Joe Foppoli, and two sisters named Christina Foppoli and Marisa Foppoli Kuhn. They were 44, 42, 34 years of age respectively in 2021.

His brother, Joe is a Dominican University of California alumnus who lived in Santa Rosa, California married to Caitlin Jeanne Foppoli in 2021. As of then, he co-owned Benevolo Wines with Dominic and his brother-in-law. After Dominic’s scandal, he was one of the people to ask Dominic to step down from his position as mayor. Also, Dominic was stripped of his roles from the wine business as well.

Dominic Foppoli was a registered Republican until 2018. But as of 2021, he seems to have reregistered as a Democrat.

If you are curious, he ran for the Windsor mayor position back in 2014, registered as a Republican. Also, he was on the list of Republican delegates for Ted Cruz for President in 2016.

But since the guy has changed his “political views”. Does he still support Trump? Well, in 2021 after a series of sexual assault allegations threatened to derail his career, Robert Stryk (former Trump adviser and lobbyist) was the first person Dominic hired to fight his case. We’ll let you decided the rest.

As of May 2021, Dominic wasn’t found on Instagram. Also, his Twitter account couldn’t be confirmed as there were quite a few under his name. Some of them were @dominic_foppoli, @DominicFoppoli, and @RecallFoppoli.

Dominic Foppoli flaunted a net worth of over $25 million in 2021.

The former mayor, apart from politics, was involved in the wine business. He was the co-founder of Foppoli Wines, Benevolo Wines, and Old Redwood Brewing Company. Also, he was the co-owner of Christopher Creek Winery.

In light of his education, Dominic has a Bachelor’s degree in Political Science and Government and a Master’s degree in Wine Business.

Dominic Foppoli didn’t have a wife as of 2021. But he did have an on-and-off girlfriend of over 10 years at the time named, Amy Holter.

After the sexual abuse allegations against Dominic in 2021, he suggested that his girlfriend, Amy Holter, might be able to offer “a perspective on his life that he could not share at this time.”

Likewise, on the matter, Amy shared that she was “cooperating with the ongoing investigation, and will not be able to make any public statements at this time.”

If you didn’t know, amongst one of Dominic’s alleged victims, his former girlfriend Esther Lemus claimed that she was sodomized while unconscious at her home after a crab feed fundraiser. To which, Amy shared that Dominic and a friend had taken Esther home. She said to Esther, “Foppoli had said he ‘tucked you in.’” 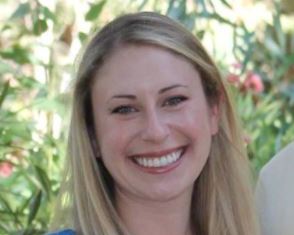 About Amy Holter: She is a Greenville, North Carolina native who worked as a “Director, Financial Stability and Crisis Response” at Catholic Charities, Diocese of Santa Rosa. For education, she studied “international development” at American University, and “journalism and mass communication” at The University of North Carolina at Chapel Hill.